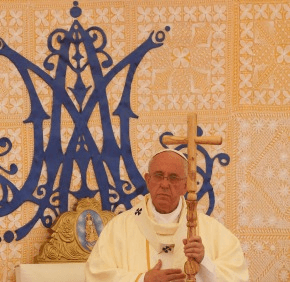 At Bolivian prison, pope calls himself man ‘saved from his many sins’