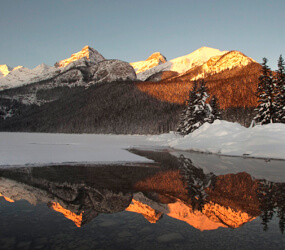 LIMA, Peru — World leaders and negotiators participating in this month’s U.N. Climate Change Conference must remember that the world’s poorest and most vulnerable people will suffer most from environmental factors, church activists say.

“This is a pivotal point for all people of faith and good will,” said Cliona Sharkey, policy and advocacy officer for CIDSE, an international network of Catholic development agencies. “We simply cannot accept the continuation of a situation that is impacting on the people who have contributed least to the problem.”

It may be an uphill battle. Climate activists say that to slow climate change, industrialized countries must reduce emissions of greenhouse gases – carbon dioxide, methane and nitrous oxide – that trap heat near the earth’s surface by 40-45 percent from 1990 levels. Brazil, a developing country whose economy and energy needs have grown rapidly in recent years, has expressed willingness to cut emissions by 38 percent from 1990 levels.

U.S. President Barack Obama has offered to reduce greenhouse gas emissions by 17 percent from 2005 levels, which are substantially higher than the 1990 benchmark. China offered a 40-45 percent cut from 2005 levels, with the possibility of further reductions if the United States agrees to do more.

“It’s all interrelated,” she said. “The implications are felt first by people living in poverty, but those implications will filter up with huge, devastating impacts for everybody if it’s not controlled now, when we have the chance.”

Island nations and countries with coastal cities are threatened by rising sea levels, while mountain farmers who depend on glacial runoff in dry seasons are seeing glaciers disappear. Other regions, including northeastern Brazil and parts of Africa, are suffering increased drought.

African countries also are suffering from decreasing water supplies, which affect hydroelectricity, drinking water, tourism, irrigation for crops and water for livestock, Mang’era said. There has been a “rise in resource-based conflicts among pastoral communities in northern Kenya and also between wildlife and humans,” she said, and people are being forced to migrate from rural areas to cities as deserts encroach on cropland.

“Due to recurrent droughts, the traditional safety nets have been destroyed,” Mang’era said. “For instance, communities that never fed on fish are turning to fishing to survive.”

Climate changes have severely affected food production, she said, exacerbating poverty, particularly among women, who form the majority of the poor and a big proportion of the subsistence farmers.

The semi-arid northeastern part of Brazil has suffered from both drought and “political neglect,” according to Sister Delci Franzen, a member of the Sisters of St. Katherine and the Brazilian bishops’ commission on social service, justice and peace.

Mang’era called for more research on the impact of climate change, especially on women and migration. She also stressed the need to develop crops and animals that can thrive on little water; irrigation technology; alternative sources of income for people being forced out of agriculture because of lower yields or unproductive land; reforestation; and water conservation infrastructure, such as reservoirs and tanks.

In recent years, wealthy countries have pledged funds to help poor countries adapt to climate change using measures such as those Mang’era suggested. The money also was to be used to help vulnerable countries prepare for disasters such as drought or flooding from storms.

The shortfall is aggravated by accounting and disbursement procedures that make it difficult to track money and compare countries’ progress in fulfilling pledges.

“There needs to be secure and predictable long-term financing for adaptation and for low-carbon development in developing countries,” Sharkey said.

Church groups insist that climate change aid from wealthy to poor countries must be in the form of grants, not loans, said Sharkey.

The foot-dragging by rich nations makes low-income countries question their commitment to fighting climate change and could make large developing countries, such as China, India and Brazil, less willing to make significant emissions reductions that could affect their development.

“I don’t think even the Chinese or Indian or Brazilian government would try to deny that there are vast differences now (among) countries on the developing-country spectrum,” but leaders of those countries ask “why they should change the rules of the game when developed countries haven’t met their end of the bargain,” Sharkey said.

Church activists in developing countries also have doubts about some of the programs likely to be central to negotiations in Copenhagen, especially market-driven schemes such as carbon trading and payment for avoided deforestation.

“The carbon market can deliver some things, but it can’t deliver sustainable and equitable development,” Sharkey said.

The Kyoto Protocol’s “clean development mechanism,” which allows countries to continue emitting greenhouse gases in exchange for “offsetting” the emissions with low-carbon projects, often in other parts of the world, shows that “the carbon market sends money where there’s profit to be made, not where the human development or environmental need necessarily is,” she said.

Africa, which has the greatest need, has the fewest climate change mitigation projects under the clean development mechanism. About 74 percent of the projects are in Asia and the Pacific, 23 percent are in Latin America and the Caribbean, and less than 2 percent are in Africa.

In Brazil, church leaders call for a limit on landholdings, to discourage deforestation of the Amazon for large cattle ranches, Sister Delci said. They also urge establishment of an international fund that could be used by local governments to provide incentives for forest conservation.

If radical steps are not taken in Copenhagen, Sharkey fears that the world’s developing countries – whose emissions will also increase in the future – could be heading down a path toward unsustainable development.

“What is necessary is a fundamental shift in our models of development,” she said. “Climate change is exacerbating and increasing poverty and inequality. The more we delay taking effective action, the greater the impacts of climate change are going to be.”