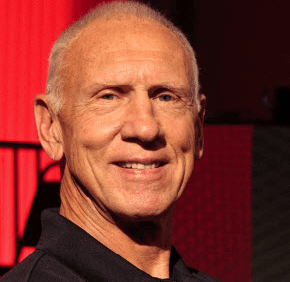 Approximately 500 men are expected to gather March 24 for the Catholic Men’s Fellowship annual conference at Immaculate Conception, Towson. A day of inspirational talks will be capped by a liturgy celebrated by Auxiliary Bishop Denis J. Madden.

Former NFL All-Pro receiver Danny Abramowicz and Curtis Martin, founder of the Fellowship of Catholic University Students, are among the members of the “Crossing the Goal Team” seen on EWTN who will be speakers at the event.

It has been a transformational year for the CMF, which responded to a March 2011 conference that drew less than 175 men. In previous years, as many as 400 men had attended.

The decline in attendance led the board of the CMF to take decisive action, which included meeting in May 2011 with then-Archbishop Edwin F. O’Brien. Monsignor James P. Farmer, chaplain of the CMF, led a contingent that submitted a request that the CMF be placed under the authority of the Archbishop of Baltimore.

Cardinal O’Brien placed the CMF under the direction of Paulist Father John Hurley, executive director of the Department of Evangelization for the archdiocese.

The board of CMF, led by president Charlie Hawkins, former president Gil Hoffman and secretary Joe Orlando, sought to invigorate its ranks. The board has grown from nine to 17, and includes more diversity.

In addition, it has 58 parishes with CMF captains, with the goal of having one in every parish in the archdiocese.

The mission of the CMF is to “strengthen men’s spirituality in the Archdiocese of Baltimore through evangelization and discipleship.” This is done through this annual conference and also through the assistance they give to help promote and strengthen men’s groups in the archdiocese.