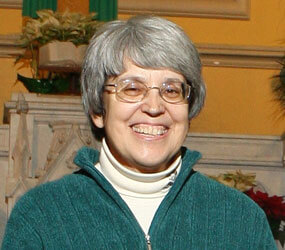 Catholic leaders offered a supporting presence to families and emergency personnel in the spate of major fires that beleaguered Baltimore in December.

Within 12 hours, firefighters battled two five-alarm fires – a Dec. 6 blaze on The Block and another in Mount Vernon the next day. Although the fires severely damaged businesses, including Donna’s and My Thai restaurants, no lives were lost.

That wasn’t the case in a two-alarm house fire that struck East Baltimore Dec. 14, claiming six lives, including three children.

Sister Jeanne Barasha, a School Sister of Notre Dame and pastoral administrator of St. Ann in Baltimore, opened parish buildings to grieving family members of the Dec. 14 fire that broke out around the corner from the church. Families were being sheltered on an MTA bus before an ombudsman for the city asked the parish for help.

“We were able to provide a warm place on a terribly cold morning,” said Sister Jeanne, noting that the parish also offered space to the Red Cross.

“It was a place for neighbors and extended family to come and show support,” she said. “We happened to have volunteers already here who could serve (food and drinks). The Red Cross provided the meals.”

“I got the sense that the neighborhood wanted to rally,” Sister Jeanne said.

Pallotine Father Salvatore C. Furnari, pastor of St. Leo in Little Italy and a Baltimore City fire chaplain, received a call Dec. 6 to respond to the five-alarm fire on The Block.

“It was a lot worse than I thought,” said Father Furnari, who could smell smoke from St. Leo’s rectory less than a mile away.

“I thought the fire department did a wonderful job on a freezing cold night,” he said. “With the various hoses going, we often were splashed with water and we had icicles on our helmets.”

Father Furnari offered support to emergency personnel. He accompanied Baltimore City Fire Chief James S. Clack in an aerial bucket to survey the scene once the fire was under control.

The priest, who was recently promoted to deputy commander of the fire chaplains, was also on the scene of a fire near Annapolis Road that claimed a man’s life about a month ago.

“We went into the burned-out building and found the body charred beyond recognition,” Father Furnari said. “I spoke with the wife and tried to comfort her. She was very distraught.”

Among the businesses displaced by the Mount Vernon fire was Murphy and Dittenhafer, an architecture firm that works with many Catholic institutions in the Archdiocese of Baltimore.

Clack, a deacon at Sacred Heart of Jesus in Highlandtown, called it “extremely rare” to have two five-alarm fires so close together.

“I have only had one other five-alarm fire over the past three years,” the fire chief said.

Deacon Clack praised Father Furnari for having a “gentle manner” and for being a “blessing for all of us.” He added that Sister Jeanne and St. Ann was “very helpful” with family and neighbors during the East Baltimore fire.

The chief said this time of the year is “very dangerous” for house fires.

“People are using ovens and stoves to keep warm,” he said. “Unattended candles are left burning, and natural Christmas trees are not kept watered. All of these factors make us less safe.”

He urged city residents to check their smoke detectors.

“This small step is so important that if you live in the City of Baltimore, the fire department will come out free of charge and install a new smoke alarm on every level of your home,” he said.