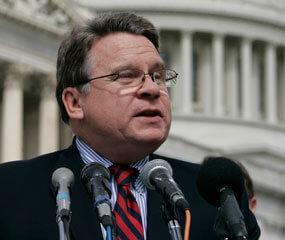 WASHINGTON – The chairman of the U.S. bishops’ Committee on Pro-Life Activities is urging members of the U.S. House of Representatives to support proposed legislation that would permanently forbid federal funding of abortion.

Cardinal Daniel N. DiNardo of Galveston-Houston said the No Taxpayer Funding for Abortion Act, H.R. 5939, introduced by Reps. Chris Smith, R-N.J., and Dan Lipinski, D-Ill., would “write into permanent law a policy on which there has been strong popular and congressional agreement for over 35 years: The federal government should not use taxpayers’ money to support and promote elective abortion.”

“Even public officials who take a ‘pro-choice’ stand on abortion, and courts that have insisted on the validity of a constitutional ‘right’ to abortion have agreed that the government can validly use its funding power to encourage childbirth over abortion,” he added in an Aug. 20 letter to House members.

As of Aug. 23, the bill had 166 co-sponsors, including 20 Democratic members of the House. It has been referred to the House committees on the Judiciary, Energy and Commerce, and Ways and Means.

Cardinal DiNardo said some people think the legislation’s position already is fully reflected in U.S. law, and “some wrongly assumed during the recent debate on health care reform that there was no need for restrictions on abortion funding in the new health legislation, because this matter had already been settled by the Hyde amendment.”

The Hyde amendment is approved annually as a rider to the appropriations bill for the Labor and Health and Human Services departments and applies only to funding through those departments, the cardinal noted.

Federal funds are prevented now from funding abortion by riders to various other appropriations bills, as well as by provisions incorporated into authorizing legislation for the Department of Defense, Children’s Health Insurance Program, foreign assistance and other programs, he said.

Gaps or loopholes in these protections have also been discovered at various times, requiring Congress to address them individually, he added.

“While Congress’ policy has been remarkably consistent for decades, implementation of that policy in practice has been piecemeal and sometimes sadly inadequate,” Cardinal DiNardo said.

The bill also will codify into federal law the Hyde/Weldon amendment, which prohibits federal agencies and state and local agencies that receive federal funds from discriminating against health care providers who do not perform abortions. That amendment has been included in Labor/HHS appropriations bills since 2004.

“It is long overdue for this policy, as well, to be given a more secure legislative status,” Cardinal DiNardo said. “No hospital, doctor or nurse should be forced to stop providing much-needed legitimate health care because they cannot in conscience participate in destroying a developing human life.”

Introducing the bill July 30, Smith said federal abortion funding has been prevented over the past few decades by “a patchwork of short-term policies.”