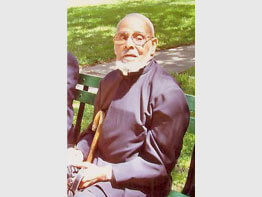 A funeral Mass for Brother Earl Vincent Kent, S.S.J., will be offered May 28 at St. Francis Xavier, Baltimore. Brother Earl, who chronicled Josephite life through his photography and served as an associate at St. Francis Xavier and St. Veronica, Cherry Hill, died May 22 following a long illness at St. Joseph Manor, where he had resided since 1991. He was 78.

Born in Baltimore, Earl Kent was orphaned at birth. He attended St. Elizabeth Home and Dunbar Junior High Schools in Baltimore, and St. Joseph Industrial School for Boys in Clayton, Del., a Josephite facility. Following his permanent profession as a Josephite brother in 1961, Brother Earl generated a large portfolio of photographs, work that was published in Josephite Harvest and the Josephite mission magazine.

Brother Earl served five separate tours totaling 17 years at St. Joseph Industrial, where he taught photography and was an athletic coach. He served nearly 12 years in parishes in Washington, D.C., Texas and Louisiana.