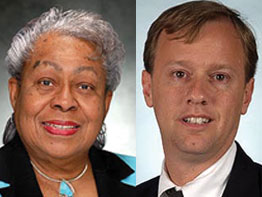 A Senate bill that would lift the statute of limitations on child sexual abuse cases in Maryland would have a devastating impact on parishes, schools and ministries in the three dioceses serving the state, Catholic leaders said.

Introduced by Sen. Delores Kelley, a Democrat representing Baltimore County, SB 238 would create a two-year window during which individuals claiming to be sexually abused as children could file civil suits against the perpetrator and private institutions such as dioceses, parishes and schools. The bill would allow multi-million-dollar civil lawsuits to be brought against Catholic dioceses, their parishes and schools for decades-old cases. The bill would also extend the age when claims could be filed from 25 to 50.

“We reject the claim that this bill is about protecting children,” said Sean Caine, director of communications for the Archdiocese of Baltimore. Mr. Caine noted that the bill contains no child protection measures to increase the awareness of child abuse, promote counseling, toughen criminal penalties or mandate background checks.

“What it’s about is money,” he said. “It’s being promoted throughout the country by a group of trial lawyers who stand to benefit greatly financially from legislation that would allow them to sue the church for decades-old cases of abuse.”

Because the bill contains no damages cap, Mr. Caine said, it would allow claims for unlimited amounts of money. Similar measures in other states have forced Catholic dioceses to severely cut their services. In 2002, claims in California totaled nearly $2 billion and six dioceses filed for bankruptcy, he said.

“There’s no reason to believe the legislation would not have a similarly devastating impact in Maryland,” Mr. Caine said.

Sen. Kelley said the purpose of her bill is to give victims more time to come forward.

“For decades (after abuse), they still feel traumatized and they feel stigmatized and they’re afraid to come forward,” she said. “Many of them do need, as part of the healing process, to be able to feel that they got justice so someone heard them and confirmed in a public forum that they were not at fault for their victimage.”

Sen. Kelley said she recognizes that clergy account for “less than two percent of perpetrators.” She insisted that her bill does not target the Catholic Church.

“It doesn’t have anything to do with public institutions or private institutions,” she said. “This has no impact on what the environment was in which it occurred.”

Yet Mr. Caine noted that the measure treats private institutions differently. Government entities enjoy legal protections that do not apply to private organizations, he said. In Maryland, a child abuse victim who files a civil action against a county or municipality must give notice of the suit within six months and a claim against a local school board is limited to $100,000 in damages, Mr. Caine said. Sen. Kelley’s bill would have no impact on those provisions, he said.

An Associated Press study released two years ago showed that in a 5-year period, 2,570 public school educators around the country were sanctioned for allegations of sexual misconduct.

While Sen. Kelley said she “can’t imagine that many people are going to court to press the case against a dead person,” leaders of the Maryland Catholic Conference (MCC) pointed out that half the lawsuits filed against the Diocese of San Diego under a similar measure have involved priests who were dead. All of the lawsuits filed under Delaware’s “window” law have been filed against the Catholic Church.

Prompt reporting and rights of accused

“Prompt reporting is critical to both law enforcement efforts as well as victim outreach,” said Ms. Russell, who represents the state’s Catholic bishops in Annapolis. Ms. Russell noted that there is currently no criminal statute of limitation on child abuse in Maryland.

Sen. Norman Stone Jr., a Democrat representing Baltimore County, said he opposes the bill because it defeats the purpose of statutes of limitations. Lawsuits could be brought against people who are long dead and unable to defend themselves if the bill became law, he said.

“I think it’s unreasonable,” said Sen. Stone, who sits on the Senate Judicial Proceedings Committee that will consider the bill. “These types of claims should be prosecuted or brought within a reasonable time so that people have an opportunity to defend themselves.”

Alison D’Alessandro, director of the Archdiocese of Baltimore’s division of child and youth protection, said the archdiocese maintains strong policies against abuse. All employees and volunteers who work with children are required to undergo safe-environment training through the STAND program. Children are taught about healthy relationships and age-appropriate awareness of sexual abuse, Ms. D’Alessandro said.

Fingerprinting of employees is mandatory, and background checks are also required for both employees and volunteers. The archbishop has met with victims and the archdiocese pays for counseling for as long as it is needed by the victim and family members. Some cash settlements have also been made.

The archdiocese began auditing parishes and schools in the summer to make sure they comply with protection policies, Ms. D’Alessandro said, and 75 Catholic institutions have already been audited. STAND video training is also now offered online, she said.

Sen. Kelley said she has received e-mail messages from Catholic constituents who are concerned about the bill. Asked whether she plans to offer any amendments, she called the two-year window a “soft spot” in the legislation.

As the Judicial Proceedings Committee prepared for a Feb. 5 hearing on the bill, Ms. Russell encouraged Catholics throughout the state to contact their lawmakers and ask them to oppose the bill. Lawmakers have killed similar measures in past legislative sessions.

“I fully expect that, once again, the legislation will be soundly rejected,” she said.

MCC officials noted that Sen. David Harrington, a Prince George’s County Democrat, has been informing constituents that he will remove his name as a co-sponsor of the bill because of his concern for its impact on Catholic educational and social service ministries.