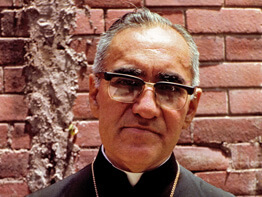 Members of Baltimore’s Hispanic community will honor the late Archbishop Oscar Arnulfo Romero of San Salvador in El Salvador with a procession and Mass in Fells Point March 24 on the 27th anniversary of his assassination.

An outspoken critic of human rights abuses by the Salvadoran military who was murdered while celebrating Mass, Archbishop Romero is viewed by many Baltimore and Salvadoran faithful as a saintly martyr who sacrificed his reputation and safety to challenge the government in his violence-ridden country.

Some 200 people are expected to join a march starting at St. Michael, of the Catholic Community of St. Michael and St. Patrick, Fells Point, at 6 p.m., and concluding at St. Patrick with a special Mass at approximately 7:15 p.m., said Father Robert F. Wojtek, C.Ss.R, pastor.

“This was an important event for many in the Hispanic community,” Father Wojtek said of the 61-year-old archbishop’s 1980 assassination, “not just immigrants from El Salvador, but from all over Latin America.”

Six stops during the Fells Point procession will allow participants to reflect on the archbishop, including quotes from the prelate in both English and Spanish.

Once the convoy makes its way to St. Patrick, several participants will perform a drama depicting the life of the slain cleric.

The Mass will be followed with a reception at the St. Patrick parish hall.

As civil war raged in his country, the archbishop refused to share the same stage with the president of El Salvador as a protest to his policies and detailed humanitarian violations perpetrated on the people, said Jean Stokan, policy director in the Washington, D.C., office of Pax Christi USA, a Catholic peace organization.

“This was quite profound during that time, as it serves as an example for us today,” said Ms. Stokan, who has led many delegations to El Salvador. “Like then, we’re in the midst of a war (in Iraq). The lesson is, how can the church leaders rise to the occasion in this crisis point and have a voice … for what is good for all of God’s people.”

Sister Mary Ann Hartnett, S.S.N.D., who teaches at Mother Seton Academy in Baltimore and the after-school education program Food for Thought in Fells Point, considers Archbishop Romero a patron saint of El Salvador and believes most Latin Americans think of him the same way. “He saw evil, knew its source and spoke out against it, even though he was bringing on criticism to himself and jeopardizing his own life,” she said.

The celebration of Monsignor Romero’s life is appropriate during the season of Lent because it illustrates the sacrifices made to bring justice and peace to all of God’s children, said Mary Slicher, a St. Joseph’s Passionist Monastery Church, Irvington, parishioner who has stood in the San Salvador chapel where the archbishop was murdered.

“He spoke for the people who didn’t have a voice,” she said. “He used his gifts and position to help change the structural injustice of what was happening to the people, and he paid the ultimate price.”