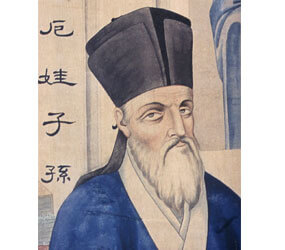 VATICAN CITY – Just as Jesus was able to effectively communicate God’s word with parables involving pastures and sheep, the church needs to discover modern day metaphors that will capture the attention and hearts of today’s tech-savvy men and women, Pope Benedict XVI said.

However, proclaiming the Gospel can’t be based on punchy slogans or “linguistic seduction,” he said, the communicator must be a true witness who displays Christian values and respect for dialogue.

The pope spoke to participants of the Pontifical Council for Social Communications’ plenary assembly being held Feb. 28-March 3 on the theme “Language and Communication.”

“The digital culture poses new challenges to our ability to speak and listen to a symbolic language that speaks of transcendence,” the pope said Feb. 28.

Jesus knew to use symbols and ideas that were an essential part of the culture at the time, such as sheep, fields, seeds, the banquet or feast and so on, he said.

“Today we are called to discover, in the digital culture, too, symbols and metaphors that are meaningful to people, that can be helpful in talking to modern men and women about the kingdom of God,” he said.

However, communicators must never base their effectiveness on “linguistic seduction, as is the case with the serpent (in the Garden of Eden) or on incommunicability and violence as with Cain,” he said.

Communicating the Bible “according to God’s will is always tied to dialogue and responsibility as, for example, the figures of Abraham, Moses, Job and the prophets bear witness,” he said.

Communication needs to be “truly human” and based on spiritual values and meaning.

Catholics can help the digital realm by “opening up new horizons of meaning and values that the digital culture is not able to indicate or represent by itself,” he said.

That would mitigate some of the risks present in today’s digital communication such as the loss of inner reflection, superficial relationships, wallowing in emotionalism, and the prevalence of persuasive opinions over the truth, he said.

Pope Benedict held up as an effective communicator Father Matteo Ricci, the 16th-century Jesuit missionary to China who not only learned the Chinese language, but adopted the lifestyle and customs of cultured Chinese people and gained the people’s respect.

The pope said Father Ricci spread Christ’s message by always considering the people he was speaking to “in their cultural and philosophical context, their values and their language, gathering all that was positive from their tradition, and offering to enliven it and elevate it with the wisdom and truth of Christ.”

Faith, in fact, always “penetrates, enriches, exalts and invigorates culture,” while culture in turn offers faith a vehicle for expression – namely its language, he said.

That is why church leaders must be aided in becoming able to “interpret and speak the new language of the mass media” for their pastoral work, he said.

Some of the questions Catholic communicators need to ask are: What challenges does the digital mindset pose to the faith and theology, and what are the effects of people’s almost constant contact with computers and mobile devices, the pope asked.

Archbishop Claudio Celli, head of the Pontifical Council for Social Communications, told Vatican Radio Feb. 27 that a communication style that is authentic and respectful is very important.

A person’s Christian faith should come through to others, not because the topic is strictly religious, but because the way the person interacts with others shows “he has in his heart the Gospel message and, therefore, lives in communion with the Lord Jesus.”

Such witness to the truth must also be done “with a tone of discretion and respect for others,” he added.