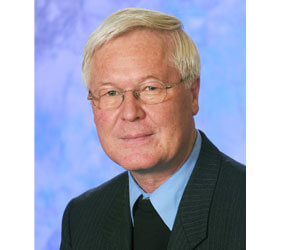 WHISTLER, British Columbia – When Salesian Father Bernhard Maier was ordained, he had no idea that his parish would one day cover all of Austria, serving some of the highest-level athletes in Austria.

Father Maier is the headmaster at Don Bosco Catholic School in a small town outside of Vienna, but for 28 years, he’s also been a pastor to Austria’s elite athletes. When he comes to British Columbia and the Diocese of Kamloops for the 2010 Winter Olympics, he’ll be at his 15th Olympics as part of the Austrian team.

“I’ll be working at the multifaith center, but I won’t just there for the Austrian team,” he said. “I’ll also be available for international teams.”

Father Maier said he never intended to be a sports chaplain.

“My superiors asked me to be a gym teacher and I was obedient to their call,” he said. “I studied sports science and physical education at university, and I then taught sports at school.”

Then in 1982, a priest in the Archdiocese of Vienna died. The priest had been the sports chaplain for the archdiocese, which included elite Austrian athletes.

“They looked for a new chaplain in the archdiocese and they asked me,” he said. “I had not planned for this, but it was a very big surprise.”

He said he has a special love for the athletes in his countrywide parish.

“They are summer Olympians, winter Olympians, professional football (soccer) players … and other elite athletes. They are my parish, my community. They love and esteem me, and I love them.”

Father Maier got his first taste of the Olympic spirit in 1984. In a tale of two cities, the Salesian went from terrible to incredible in five short months.

After taking over sports chaplain duties for his country, he was assigned to the XIV Olympic Winter Games in 1984.

“Sarajevo in 1984 was very difficult,” he explained. “I stayed with Franciscan fathers in the city, and day and night I had a soldier of the state of Bosnia guarding my door. … Austria was a free country, but Bosnia was very communist, and it wasn’t easy.”

It was easier when he went to Los Angeles that July. Staying with his brother Salesians, they gave him a car and he drove to the Olympic Village every day.

“It was the exact opposite of Sarajevo. I was free to do my duties. I didn’t feel trapped,” he told The B.C. Catholic, newspaper of the Archdiocese of Vancouver.

He noted the founder of the Salesians was also a sporting man.

He said his greatest sporting experience came at the Winter Olympics in Calgary, Alberta, in 1988, even though the Austrian team physician, Dr. Jorg Oberhammer, was killed when he was hit by a snowplow.

“The Canadian hospitality in Calgary was the greatest I have ever experienced,” he said. “I don’t want to put honey in (Canada’s) mouth, but the hospitality was so amazing. It was wonderful. The experience was so great that I am looking forward to another memorable Olympics in Canada.”