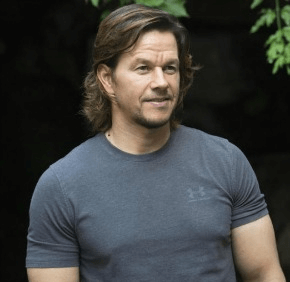 WASHINGTON – Typically, the Facebook page for the Diocese of Providence Office of Vocations in Rhode Island gets anywhere from 3 to 40 likes on their posts – most which celebrate seminarians, priests and their ministry.
But it took an actor and former member of a boy band to set its Facebook page on fire, not with a song, but with a video praising the priesthood, and one which has been viewed – as of Oct. 6 – 560,000 times, and received more than 6,000 likes and upward of 8,000 shares.
Actor Mark Wahlberg, a native of Boston, where the National Conference of Diocesan Vocation Directors held its annual conference Sept. 30–Oct.7, made the homemade video shown to those who attended, and later posted on Diocese of Providence vocations office Facebook page.
“We, the Catholic faithful, are counting on you to bring us good and holy priests,” Wahlberg said in the video. “Enjoy my hometown this week and know that I will pray for you and for your success. Thank you for all that you do and God bless.”
Some priests from the Boston area, who know Wahlberg, had brought up the idea of asking the actor to attend the conference once the city had been chosen as the location, said Rosemary Sullivan, executive director of the National Conference of Diocesan Vocation Directors. But as his schedule got tighter and tighter, he asked if he could do a video instead. Wahlberg is currently promoting a film in which he stars, “Deepwater Horizon,” about the 2010 BP oil spill in the Gulf of Mexico and how it affected the workers. The film was released the day the conference started.
He wasn’t given a script for the priesthood video, but spoke from his heart, Sullivan said in a phone interview with Catholic News Service from Boston Oct. 6. Wahlberg spoke about how priests have helped him during difficult moments in his life and also are there for the good times: when he got married, when his children were baptized, when members of his family died and were buried, when he needs God’s forgiveness, when he receives the body and blood of Jesus Christ to replenish his faith.
In the video, Wahlberg said he wants his children and future generations to have “good priests in their lives, just like I had.” And even though he got into trouble in his youth, “I always had a priest to stick by me,” he said.
When the video was shown in the conference, the reaction was silence, but a good kind of silence, Sullivan said: “He was so deeply sincere and you could feel it when you’re watching the video.”
“My Catholic faith is the anchor that supports everything I do in life,” said Wahlberg, adding that he would be praying for the success of the conference and of the vocation directors.
What’s plain to see is that the actor “spoke as a son of Christ” in his plea to keep the priesthood alive, and about a responsibility that doesn’t belong to vocation directors alone, Sullivan said.
“We all bear that responsibility,” she added.
And Wahlberg, as a Catholic, took that responsibility seriously in trying to see what he could do to help.
“This is an example where you use a gift God has given you,” she said, adding that Wahlberg also was present at the World Meeting of Families in Philadelphia in 2015 and emceed an event attended by the pope.
It’s important to follow his example and, as Wahlberg did, let priests, those who thinking about the priesthood, and vocation directors, know what they mean to Catholic communities, Sullivan said.
“They need to know how much we love them and support them,” Sullivan said. “Mark Wahlberg is challenging them, saying ‘We need you to help us.’”
Editor’s Note: The Diocese of Providence Office of Vocations Facebook page can be viewed here.