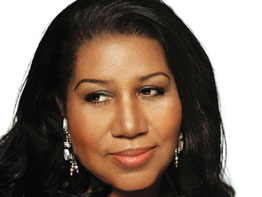 Show the community of west Baltimore a little respect by purchasing a ticket to hear Aretha Franklin.

The music legend will give a benefit concert at the Meyerhoff Symphony Hall on March 20. Proceeds from “An Evening with Aretha Franklin” will go to the Bon Secours of Maryland Foundation.

The foundation, which is paired with Operation ReachOut Southwest, runs programs such as a Head Start classroom, quality rentals for low-income families and The Bon Secours Family Support Center. Since 1998, that center has helped with parenting skills, job placement, GED, financial programs and senior and youth employment programs.

George Kelb, the foundation’s executive director, said the foundation felt that Ms. Franklin appealed to a broad range of people in the community.

“She has her roots in the church, and we are a faith-based organization,” he said, adding, “She’s one of the all-time greats.”

“It’s an opportunity to see a music legend and while you’re enjoying your night you’ll know a portion of the money from your ticket is going to help people who really need it,” said Judith Carmichael, coordinator of public relations for Bon Secours Baltimore Health System.

“We have learned that success is more certain when thinking is reversed from ‘What’s wrong with the community’ to ‘Let’s build upon the existing assets of the community,’” said Ms. Carmichael.

Tickets are available through Ticketmaster (www.ticketmaster.com) or by calling the Meyerhoff box office at 410-783-8000. Doors open at 7 p.m.