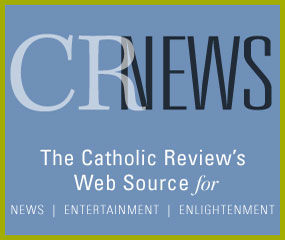 Archbishop Edwin F. O’Brien announced March 24 that The Children’s Guild, a non-profit organization which operates two public charter schools in Maryland, has signed a contract to purchase the former St. Rose of Lima Catholic School and convent in Brooklyn from the Archdiocese of Baltimore.

St. Rose of Lima Catholic School closed in June 2010 as part of the Archdiocese of Baltimore’s school consolidation plan, which closed 12 other schools in Baltimore City and Baltimore County.

According to a news release from the archdiocese, The Children’s Guild, which serves children and adolescents with emotional, behavioral and mental disorders, plans to move its day school, currently located at St. Thomas More Church in Northeast Baltimore, to St. Rose after renovations are completed and its board establishes an opening date.

Father Robert A. DiMattei, pastor of St. Rose of Lima, said the deal would have long-ranging benefits.

“I feel confident that the purchase of the school and convent buildings at St. Rose of Lima is a positive development, not only for the parish community,” Father DiMattei said, “but also for the Brooklyn community at large.”

The Children’s Guild has operated the school at St. Thomas More since 1986 and is hopeful that a move to the former Catholic school building in Brooklyn will expand its outreach to students in neighboring Anne Arundel County.

“We are looking forward to moving into this historic building and being part of the Brooklyn and Curtis Bay communities as we educate and serve special needs children in the Baltimore/Washington corridor,” Dr. Andrew Ross, president of The Children’s Guild, said.

According to the archdiocese, 19 other educational institutions, including charter schools and Head Start programs, have found homes in former Catholic schools in the archdiocese.

“The Archdiocese has a long history of making its former schools available so they can continue to be used for the benefit of their surrounding communities,” Archbishop O’Brien said. “We are pleased that The Children’s Guild and St. Rose of Lima Catholic Church will be helping to serve the educational needs of children through this partnership.”