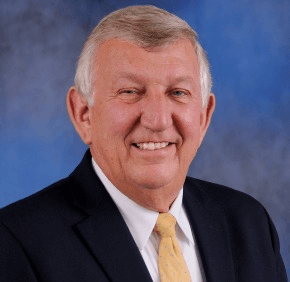 In recognition of his work over many years to establish school choice in Maryland, the Archdiocese of Baltimore has established a scholarship in the name of State Sen. James “Ed” DeGrange Jr.
“After having spent a significant amount of time dealing with the state legislature on behalf of our Catholic schools over the last couple years, I’ve come to appreciate how much Sen. DeGrange desires for every child to receive the education best suited for them, no matter where they attend school,” said James B. Sellinger, archdiocesan chancellor of education, in a statement.
Each year, the Sen. James Edgar DeGrange–Partners in Excellence Scholarship will be awarded to a deserving student with financial need at Monsignor Slade Catholic School in Glen Burnie.
DeGrange said he was “humbled” by the honor.
“Some of my earliest and best memories come from my days as a student at Holy Trinity Parish School (which is now Monsignor Slade Catholic School),” he said in a statement. “The education that I received helped prepare me academically and spiritually for the life that I lead today. I am grateful and honored that this scholarship will provide similar opportunities to the one that I received.”
The first scholarship, for the 2016-17 school year, has been awarded to Christopher Zaugg Jr., a fourth-grader who has been at Monsignor Slade  since kindergarten.
“He really likes the computer and science classes,” said Christopher’s father, Christopher Zaugg Sr. “I like Monsignor Slade. It’s a very good school and they have a strong emphasis on Catholic education.”
The Zauggs live in Brooklyn and are parishioners of the Church of the Good Shepherd in Glen Burnie.
DeGrange played a prominent role in establishing the Broadening Options and Opportunities for Students Today (BOOST) program, which awards  $5 million in scholarships to students in financial need who wish to attend non-public schools (see page 20).
“From the very start, (DeGrange) never gave up and kept pushing hard year after year,” said Mary Ellen Russell, executive director of the Maryland Catholic Conference, the legislative lobbying arm of the Maryland bishops, in a statement. “I don’t think we could have accomplished this without his leadership.”