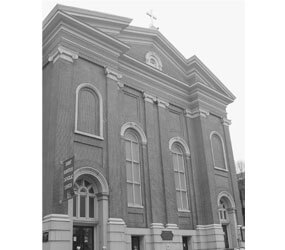 One of the worst economies in decades didn’t stop Catholics from contributing to last year’s Archbishop’s Annual Appeal at a record level.

More than 40,000 people across the Archdiocese of Baltimore donated more than $8.7 million to the 2010 campaign – an increase of 3 percent from the previous year and an increase of more than 67 percent since 2006.

“Ironically, the appeal has seen its greatest growth since the downturn in the economy,” said Patrick Madden, executive director of the archdiocesan development department.

Madden said the growth is a “clear indication not only of the efforts of the archbishop and pastors and pastoral life directors who promoted the appeal as a way of helping people in need, but also the extraordinary generosity of Catholics and others in the Archdiocese of Baltimore.”

Begun in 1992, the campaign is held annually in parishes throughout the archdiocese. Funds are raised for ministries and programs based in parishes and the communities where they are located.

Forty-six percent of funds raised in 2010 were returned to parishes to help with church operations and programs. Twenty three percent went to Catholic Charities and the remaining 31 percent went to ministries and outreach programs such as AIDS ministry, prison ministry and the Interfaith Housing Alliance in Western Maryland.

More than $1 million of the money raised was designated for aid to Catholic schools and students, including tuition assistance.

The appeal is structured so parishes receive 25 percent of the funds they raise. Once parish target goals are reached, parishes then receive 50 percent of any additional funds received.

This year, many faith communities had extraordinary responses from parishioners.

“I think it has a lot to do with the conviction that the Archbishop’s Appeal covers many excellent ministries and programs that warrant their support,” said Jesuit Father William Watters, St. Ignatius’ pastor. “The parishioners see the value of this appeal.”

Father Watters said his parish donates half its share of the appeal to St. Wenceslaus in Baltimore. The rest is used to fund a retreat program for homeless people, outreach to the poor and other initiatives.

“When we launch the appeal, I speak at every Mass and give a little pitch,” he said. “I have always believed deeply in it.”

Monsignor Joseph Lizor Jr., pastor of St. Luke in Edgemere, said his parishioners also recognize the importance of the appeal – especially on the parish’s own ministries. Last year, St. Luke raised $80,616 – 250 percent of its target goal.

“It’s a good source of income for us,” Monsignor Lizor said. “We use our share for tuition assistance (at Our Lady of Hope-St. Luke School in Dundalk).”

St. Veronica in Cherry Hill had the highest participation rate of any parish in the archdiocese, with 57 percent of families contributing. St. Leo in Little Italy was a close second with 56 percent.
Josephite Father Donald Fest, pastor of St. Veronica, described his faith community as one without a lot of financial resources, but one that strongly supports the mission of the wider church.
Parishioners recognize the many ways the church helps the people in their community through Catholic Charities and other outreach, he said. They feel a real connection to the archdiocese and want to support its ministries.

“Our parishioners have always been asked to participate in any way they can,” he said. “It’s not equal gifts; it’s equal sacrifice. It’s asking for full participation.”

“There is a tradition of tithing among black Catholics,” Father Fest said. “They give 10 percent of their income and that is part of their being. That’s part of the reason for the success of the campaign in our parish.”

St. Veronica raised $24,157 – 139 percent of its target goal. Its parish share will be used to send two parishioners to World Youth Day in Spain.