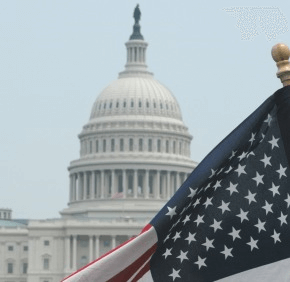 By Catholic Review Staff
Archbishop William E. Lori joined with Cardinal Seán O’Malley of Boston July 14 to urge all U.S. senators to reject legislation aiming to compel all employers to provide insurance coverage for contraception, sterilization and abortifacients.
In a letter sent to all senators, the archbishops outlined how the “misnamed” “Protect Women’s Health from Corporate Interference Act of 2014” (S. 2578) would violate federal religious freedom and conscience protections.
The bill, introduced by Sen. Patty Murray (D-Wa.), is a response to the recent U.S. Supreme Court decision in Burwell v. Hobby Lobby, which exempts closely held for-profit companies from providing insurance coverage for women’s preventive health care services that violate their religious convictions.
The U.S. Department of Health and Human Services (HHS)’ contraception mandate previously compelled the coverage as part of the Affordable Care Act. Companies that wished not to comply because of religious beliefs were subjected to large fines.
The Senate bill seeks to counter the ruling by curtailing the Religious Freedom and Restoration Act of 1993 (RFRA), the archbishops wrote. RFRA was at the crux of the Supreme Court ruling.
“Although the bill singles out RFRA by name, the bill also appears to override ‘any other provision of federal law’ that protects religious freedom or rights of conscience regarding health coverage mandates,” the archbishops’ letter states. “These protections could include, among others, longstanding conscience clauses on abortion, such as the Hyde-Weldon amendment. The bill expressly leaves in place only the HHS mandate’s own insufficiently narrow exemption for ‘houses of worship’ and its contested ‘accommodation’ for religious nonprofit organizations.”
The archbishops fear the bill could be used to compel health care workers to provide abortions, override parents’ role in health care decisions for their children, entrench bad regulations by statute and encourage employers to drop insurance coverage, they wrote.
“The bill does not befit a nation committed to religious liberty,” the archbishops added. “If it were to pass, it would call that commitment into question.”
Archbishop Lori is chairman of the U.S. Conference of Catholic Bishops’ Ad Hoc Committee for Religious Liberty. Cardinal O’Malley is chairman of its Committee on Pro-Life Activities.
Also see:
Camp Glow elicits joy
Advocates urge action to protect migrant children crossing the border
‘A walk down memory lane’ : Archdiocese of Baltimore bids farewell to Bishop Rozanski
PrevNext