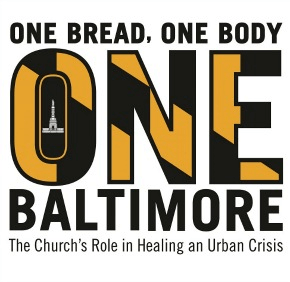 By Christopher Gunty
editor@CatholicReview.org
Archbishop William E. Lori of Baltimore will lead a small group of interfaith leaders on a short pilgrimage to Rome and the Vatican in early March to pray for the success of efforts to heal the city of Baltimore after last year’s unrest and decades of systemic poverty and other ills.
Scheduled to accompany the archbishop are Imam Earl El-Amin, of the Muslim Community Cultural Center of Baltimore; Rabbi Steven M. Fink, of Temple Oheb Shalom; the Rev. Dr. Alvin C. Hathaway Sr., pastor, Union Baptist Church; the Rev. Wolfgang Daniel Herz-Lane, bishop of the Delaware Maryland Synod, Evangelical Lutheran Church; and the Rev. Frank M. Reid III, senior pastor, Bethel A.M.E. Church in Baltimore.
Also accompanying the group will be Bishop Denis J. Madden, auxiliary bishop of Baltimore; Father Donald Sterling, pastor of New All Saints Catholic Church; and William J. McCarthy Jr., executive director of Catholic Charities of Baltimore.
Archbishop Lori said the basic purpose of the group’s stay in Rome March 1-4 is for a group of interfaith leaders to go on pilgrimage. “It is a prayer event, and while we are in Rome we would like to seek the blessing of Pope Francis on efforts – not just our efforts, but all efforts – to heal the city of Baltimore.”
While in Rome, the group plans to meet with Vatican officials, especially from the Pontifical Council for Justice and Peace as well as “an assorted group of leaders in the Vatican whose area of expertise would relate to some of the challenges we are facing in the city,” the archbishop said.
The pilgrims will attend the papal audience March 2, with the hope to greet Pope Francis afterward and receive his blessing for the interfaith work being done in Baltimore.
The archbishop and his group will stay at the Casa Santa Marta, a residence inside the Vatican for bishops and others visiting the Vatican. Pope Francis has an apartment in the Casa Santa Marta and frequently celebrates daily Mass in the chapel there.
Catholic Review editor Christopher Gunty will travel to Rome with the group. Follow on Twitter @ReviewGunty and visit CatholicReview.org for updates from Rome during the pilgrimage.