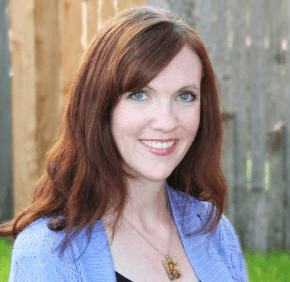 The day-to-day life of Jennifer Fulwiler, a 35-year-old Catholic convert from atheism and author of the popular blog “Conversion Diary,” is the focus of a reality show mini-series produced by NET, a faith-based network sponsored by the Diocese of Brooklyn, N.Y.

The three-part series of “Minor Revisions with Jennifer Fulwiler” premiered on NET Dec. 13, and the final episode airs Feb. 7 at 9 p.m. Baltimore viewers can watch it stream live at netny.net. Episode two will precede the final episode at 8 p.m.

The series is also available on NET’s YouTube channel and Verizon On Demand.

Fulwiler lives in Austin, Texas, with her husband, Joe, and their five children. She is also pregnant. A freelance writer, Fulwiler blogs for the National Catholic Register and is editing her book on her conversion from atheism, adding to the show’s drama.

The show is the brainchild of Amanda Melefsky, a NET producer who grew up attending St. Ignatius in Hickory. The series is intended to showcase the joy of being Catholic, she said.

“Minor Revisions” is “a great example of something that is entertaining and offers perspective into faith,” Melefsky said. “Jen has a really humble and kind way of breaking things down and offering her life as an example of somebody who’s not perfect, and struggles with her faith and her Catholic lifestyle, and shows a human element.”

Melefsky expects “Minor Revisions” to interest a broad spectrum of viewers, she said.

The show takes the approach of “let’s just plunge into Catholic culture,” Melefsky said. It asks, “What is it about living a Catholic lifestyle that makes it a radical lifestyle, that makes it really unique and really different from going throughout life without encountering Christ?,” she said.

Melefsky became interested in Catholic media while attending the Franciscan University of Steubenville, Ohio. A 2005 graduate, she was “profoundly affected” by Blessed Pope John Paul II’s 1999 “Letter to Artists,” she said.

“People are always attracted to beauty, they’re attracted to high quality,” she said. “If we can merge our Catholic faith with high production quality, only then will we be able to reach out to people and go beyond preaching to the choir.”

She chose to pitch “Minor Revisions” as a reality show because it is the most popular genre of television, Melefsky said.

“I think reality shows get a bad wrap sometimes . . . but we approached it with a sense of integrity, to show people the Catholic lifestyle, because it is an alternative lifestyle in this age,” she said.

She added: “As the Holy Father has said, the new evangelization comes in lots of different forms, and we as Catholics need to be savvy and knowledge forms of that media.”

Fulwiler will be live-tweeting during the show tonight under the Twitter handle @conversiondiary, using the hashtag #MinorRevisions.

Check back next week for a Catholic Review interview with Jennifer Fulwiler, star of “Minor Revisions.”