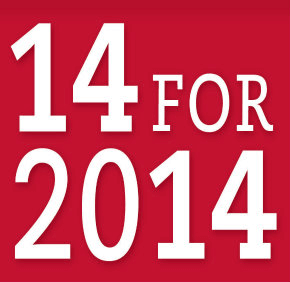 By Paul McMullen
pmcmullen@CatholicReview.org
Here are 14 events local Catholics are anticipating in 2014.
1. The 41st annual National March for Life will fill the Verizon Center and the National Mall in Washington, D.C., Jan. 22.
2. The Maryland Catholic Conference will hold its annual Lobby Night in Annapolis Feb. 17.
3. The Archdiocese of Baltimore will host the third annual Mid-Atlantic Pastoral Congress Feb. 27-March 1 at the Baltimore Hilton Hotel.
4. Mount St. Mary’s University in Emmitsburg and Notre Dame of Maryland University in Baltimore expect to select new presidents in March, replacing, respectively, Dr. Thomas H. Powell and Dr. Joan Develin Coley, who has served in an interim capacity.
5. Hundreds of candidates and confirmandi will be welcomed into the church April 19, Holy Saturday, during the Easter Vigil.
6. Rome is bracing for record-setting crowds April 27, when Pope Francis will canonize Pope John XXIII and Pope John Paul II.
7. Holy Apostles Parish in Gambrills, which will be merged into St. Joseph in Odenton, has tentative plans to celebrate a closing liturgy June 8, Pentecost Sunday.
8. Hispanic ministries will split among Costa Rica, Ecuador, Honduras, Mexico and defending champion Spain. Cheers for Cameroon, Ghana and Nigeria will be heard from St. Matthew, Northwood. Pope Francis will back Argentina, but host Brazil will be tough to beat in soccer’s World Cup June 12-July 13.
9. Six transitional deacons will be ordained to the priesthood at the Cathedral of Mary Our Queen in Homeland June 21.
10. Archbishop William E. Lori will lead the third Fortnight for Freedom, tentatively scheduled from June 21-July 4.
11. Pope Francis has called for an extraordinary session of the Synod of Bishops at the Vatican in October, to discuss “the pastoral challenges of the family in the context of evangelization.”
12. Nov. 6 will mark the 225th anniversary of the 1789 establishment of the Archdiocese of Baltimore, the first diocese in the United States.
13. The Baltimore Youth Catholic Conference returns to Ocean City Nov. 21-23.
14. The Catholic Review will observe its 100th anniversary.
Also see:
Archdiocesan capital campaign surpasses $100 million goal
PrevNext