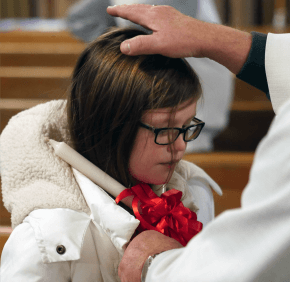 Many Catholics have their throats blessed on the Feb. 3 feast of St. Blaise or during one of the weekend Masses near the feast. But how many know who St. Blaise was and why he is associated with protection against ailments of the throat?

1.  Before becoming a fourth-century bishop of Sebaste in Armenia, St. Blaise was a physician.

2.  St. Blaise and other Christian leaders were persecuted by the Roman emperor Licinius and had to flee into the wilderness. According to legend, those who hunted St. Blaise down found him in a cave surrounded by animals, many of which were sick. St. Blaise cured the beasts of their illnesses.

3.  St. Blaise saved the life of a boy who had a fishbone stuck in his throat by ordering the child to cough it up. That is how the tradition of St. Blaise throat blessings began.

4.  St. Blaise was commanded by government officials to worship pagan idols. Because he refused, he was tortured and beheaded.

5.  St. Blaise is the patron saint of animals and those with throat ailments.

Georgie’s story: Choosing life when the diagnosis is death