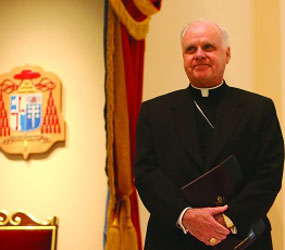 According to the Encyclopedia of the Vatican and Papacy, cardinals are known as ecclesiastical “princes of the church,” who are designated by the pope to assist him in the administration of the church at the highest level. They are collectively known as the College of Cardinals, and their primary role is to elect the new pope. Those cardinals under the age of 80 participate in the conclave (enclosure of the cardinals while electing a pope).

According to the encyclopedia, “Pope John XXIII (1959-1963) declared that men receiving cardinalatial honors must be ordained bishops.”

The pope choses those who will be named cardinal, and the names of the new cardinals are typically published at a papal consistory. There are three ranks in the College of Cardinals.

“Although all cardinals in the college are bishops, their rank within the College of Cardinals is characterized by one of the hierarchical ranks of bishop, priest or deacon,” according to the encyclopedia.

Cardinals are called to dedicate their lives to further service to the church and the people of God. In the ceremony in which the “red hat,” or biretta is conferred on the new cardinals, the pope says solemnly: “To the praise of God, and the honor of the Apostolic See, receive the red biretta, the sign of the cardinal’s dignity; and know that you must be willing to conduct yourselves with fortitude even to the shedding of your blood: for the growth of the Christian faith, the peace and tranquility of the People of God, and the freedom and spread of the Holy Roman Church.”