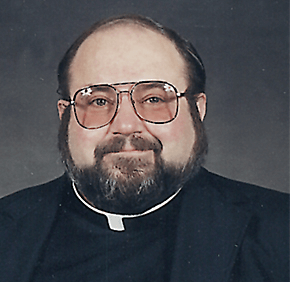 People who know Father Joseph Cote well weren’t surprised by the way he died: on his way to celebrate a Jan. 27 Mass for retired School Sisters of Notre Dame at Villa Assumpta in Baltimore.

Father Cote had been the chaplain of Villa Assumpta since 2003, regularly celebrating Mass and comforting the residents.

“One of our sisters said he died with his boots on,” said Sister Bernice Feilinger, local leader at the Maria Health Care Center in Baltimore. “He was so good to them. He was very generous with his time and cheered them up by listening to them and visiting them. Before he left, he always gave a blessing.”

Born in 1943, Father Cote prepared for the priesthood at St. Charles College in Catonsville, St. Mary’s Seminary on Paca Street in Baltimore and St. Mary’s Seminary in Roland Park. He was ordained in 1969 and served as an associate pastor of St. Peter in Westernport , St. John in Frederick and St. Margaret in Bel Air.

Father Cote was named pastor of St. Charles Borromeo in Pikesville in 1987 and became associate pastor of Church of the Immaculate Conception in Towson in 2000.

“He had a great sense of humor,” Sister Bernice said. “He got around on a motorized scooter and he would tease the sisters about that.”

Monsignor Thomas Phillips, pastor of St. Gabriel in Woodlawn, had been a friend of Father Cote since 1971. He remembered his brother priest as a “very jovial, easygoing guy.”

“He was very honest and straightforward about how he felt about the world and the church,” said Monsignor Phillips, who was to give the homily at Father Cote’s Feb. 10 memorial Mass at Villa Assumpta. Cardinal-designate Edwin F. O’Brien was to be the celebrant.

“He had a great concern for people,” Monsignor Phillips said. “He was deeply involved with people who were in need of the church to be of support in times of illness or loss of a loved one.”

Monsignor Phillips and Sister Bernice described Father Cote as a gifted homilist who delved deeply into the Scriptures.

“He put a lot of time into studying the Scriptures and he reverenced God’s word,” Sister Bernice said. “He knew the Scriptures so well and he lived them.”

Monsignor Phillips said his friend was willing to do whatever anyone asked of him.

“He operated in the background of the church,” Monsignor Phillips said. “You wouldn’t see him in the Catholic Review. He knew from early on he wanted to help people and be an agent of the Lord.”

Father Cote donated his body to the Maryland Anatomy Board. A Memorial Mass for Father Cote is scheduled for Feb.10, at 10 a.m. at the Chapel of Villa Assumpta, the Motherhouse of the School Sisters of Notre Dame, 6401 N. Charles St. Baltimore, MD 21212.