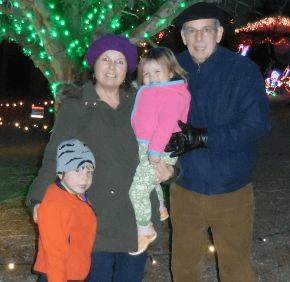 Just two weeks prior, the teenager had also adopted the name of St. Francis of Assisi as he prepared for his upcoming confirmation.

“Coincidence? I think not,” wrote Rosa, now 17 and a senior at Mount St. Joseph High School in Irvington, in an email.

Naturally, Rosa had to sign up for the Catholic Review Media-coordinated Archdiocese of Baltimore bus trip to the Sept. 27 Mass in Philadelphia celebrated by his namesake.

“Part of it is to be able to say I’ve seen a pope in my life,” Rosa admitted in an interview with the Review, “but I’ve also felt a special connection to Francis.”

It’s not just the name. Rosa definitely appreciates the pope’s concern for the environment. He said that he was especially struck by a sentence in the pope’s encyclical, “Laudato Si’: On the Care for our Common Home,” in which the pope remarks that the earth “is beginning to look more and more like an immense pile of filth.”

“The fact that he wrote that speaks to his character, of his not shying away from controversy,” Rosa said.

The parishioner of Our Lady of the Fields in Millersville, who will board a pilgrimage bus at Holy Family Parish in Davidsonsville, is also a fan of Pope Francis’ “special care for the poor and marginalized.”

Rosa grew up attending Sunday Mass and praying before meals with his family, but it was a trip to Emmitsburg in pursuit of a Boy Scout religious emblem that ignited his faith. On a Sunday in February, he attended Mass at Mount St. Mary’s Seminary with close to 200 future priests.

“It blew my mind that so many men could fall in love with God the way I did,” Rosa said. “It was at that point that I first realized that this was my faith, and that (the seminary) could be in store for me.”

Rosa understands that he might not physically see the pope among the millions of faithful in Philadelphia.

“Hearing his voice is enough for me,” he said.

The crowds will not deter pilgrim Linda Welsch, a parishioner of St. Katharine Drexel in Frederick, either. In fact, they will serve her purpose.

“I am hoping that my prayers will be raised up through the intercession of all the people that are praying there,” she said.

In Welsch’s prayers will be (and is) her three-year-old granddaughter, Odette. When Odette was not quite a year, Welsch’s son, Sean, and his wife, Amber, noticed that their daughter had a curve to her back and seemed to have lost some mobility. It turned out that she had an aggressive tumor growing along the entire length of her spine.

When Welsch and her husband, Jack, found out, “we sent a prayer chain from Maryland all the way to California,” Welsch said.

“People in Maine and everywhere were praying for Odette that night.”

Surgeons were able to remove the tumor from the little girl’s spine, but to this day she must undergo an MRI every three months.

“Thank the Lord she is still clear and she’s a healthy, happy little girl,” Welsch said. “My wish and my hope and my prayers are that Odette will grow up to be a beautiful young woman who can have kids of her own and live a long life.”

Both Welsch and her husband are Francis fans.

“I just think that he is a people pope,” Welsch said. “A humbleness and a kindness just comes out.”

“He reminds us we need to be more merciful,” her husband said.