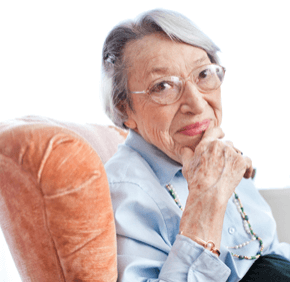 By Elizabeth Lowe
elowe@CatholicReview.org
TIMONIUM – Catherine Byrne Doehler’s spunk and can-do attitude have been her driving forces for more than nine decades.
The 94-year-old graduated from Notre Dame Preparatory School, then located on Charles Street, in 1936, then rose through the ranks of the banking industry, from working the telephone switchboard at a firm in Baltimore to a pioneering role on the national level.
Doehler served as a member of the Federal Reserve Board for the 5th District from 1976 to 1977 and from 1977 to 1980 was the district’s first chairwoman.
“It was a unique experience,” said Doehler, who had three older brothers. “I was used to coping with the boys. You (board members) had the same opportunity to say what you had to say. I was well respected.”
Doehler’s distinction became a point of reference Feb. 3, when Janet L. Yellen was sworn in as chairwoman of the Board of Governors of the Federal Reserve System. Yellen is the first female to lead the country’s central bank.
Doehler’s financial career began at Weaver Brothers in Baltimore as a switchboard operator.
“The men kept getting drafted,” said Doehler, who eventually became executive vice president of the bank. “The boss realized I was spending more time talking (on the phone) about real estate.”
Doehler called her years at the Fed “very good publicity” for Weaver Brothers.
“The company was thrilled,” she said. “It was prestige for them.”
After the bank was bought out, Doehler, who recalls being in her 50s, returned to school.
She convinced what is now Loyola University Maryland in Baltimore to award her a bachelor’s degree, based solely on her professional experience. She earned master’s degrees from Loyola and The Johns Hopkins University in Baltimore, and was awarded an honorary law degree from what is now Notre Dame of Maryland University in Baltimore.
Serving as prefect of the ladies sodality at St. Mary of the Assumption in Govans she met Edward A. Doehler. The couple married in 1967 at the Cathedral of Mary Our Queen in Homeland. Edward, who taught history at Loyola University Maryland for more than five decades, died in 2004.
A native of Omaha, Neb., Doehler moved to San Francisco before coming to Baltimore as a high school sophomore. She resides at St. Elizabeth Hall, which is adjacent to Stella Maris. She attends daily Mass, when possible, in the chapel at the Timonium facility.
Her service has included knitting shawls for Stella Maris patients and answering phones in the pastoral care office.
“You’ve got to keep pushing,” said Doehler, who exudes a positive attitude and outlook.
“I find her very refreshing because she’s no-nonsense, she worked hard for what she got,” said Anita Feeley, a 1973 graduate of NDP and its advancement director. “What she did (at the Fed) was pretty monumental.”
Feeley called Doehler an example for NDP students.
“We are all about having our girls go out and transform the world,” Feeley said. “We’re all about being independent thinkers and ‘women can do it.’ To have Catherine Doehler do it way back in the 1970s is incredible. She’s a leader, a pioneer in some regards.”
Doehler credits her alma mater with teaching her “to be a lady, to listen to everybody, to have an open mind and to be friends with everybody.”
See also:
Inside Sports: NDP volleyball proves its A Conference caliber
School news: Lessons from the Holocaust, contest winners and robotics
PrevNext