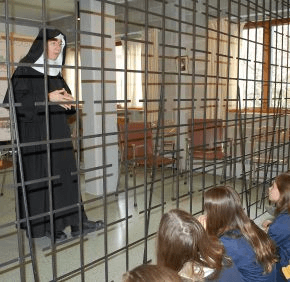 By Cindy Wooden
Catholic News Service
BAKU, Azerbaijan – As the spiritual leader of a tiny religious minority in Azerbaijan, Pope Francis told the leaders of the country’s other religious communities that they share a responsibility to help people grow in faith, but also in tolerance for the faith of others.
“The blood of far too many people cries out to God from the earth, our common home,” the pope said Oct. 2 during a meeting with religious leaders hosted by Sheik Allahshukur Pashazade, the region’s chief imam, in Baku’s Heydar Aliyev Mosque.
At a time when the world seems to be dwelling in a “night of conflict,” Pope Francis expressed his prayer that religions would prepare the way for “a dawn of peace, seeds of rebirth amid the devastation of death, echoes of dialogue resounding unceasingly, paths to encounter and reconciliation reaching even those places where official mediation efforts seem not to have borne fruit.”
Pashazade told the pope that as “head of Vatican state and of the world’s Catholics, your activity is of great interest to us.” The sheik praised the pope’s defense of immigrants and particularly “your protest of connecting the name of Islam to terrorism, while harshly condemning the real causes of terrorism and your incisive speeches against xenophobia.”
In addition to leaders of the country’s majority Shiite Muslim community, representatives of the Jewish community, the Russian Orthodox Church and the Lutheran Church attended the gathering.
In the country of more than 9.4 million people, there are only about 570 Catholics, and most of them are foreigners. Still, the pope said, the Catholic Church has found a place in the nation, which proves that “it is not opposition, but cooperation that helps to build better and more peaceful societies.”
In every religion, he said, there are people who oppose tolerance toward and any sign of collaboration with people of other faiths.
“The fraternity and sharing that we seek to increase will not be appreciated by those who want to highlight divisions, reignite tensions and profit from opposition and differences,” Pope Francis said. But “fraternity and sharing are invoked and longed for by those who desire the common good, and are above all pleasing to God, the compassionate and all merciful, who wishes his sons and daughters in the one human family to be ever more united among themselves and always in dialogue with one another.”
A religion worthy of its name, he said, opens individuals to God and to one another. It makes people more human, seeing themselves as part of a greater whole created by God.
“Religions have an enormous task: to accompany men and women looking for the meaning of life, helping them to understand that the limited capacities of the human being and the goods of this world must never become absolutes,” the pope said.
Several times in his speech, Pope Francis drew lessons Christians and Muslims share from the poetry of the Sufi philosopher Nizami Ganjavi. The Muslim poet wrote, “The fruits of this world are not eternal; do not adore that which perishes!”
Explaining the passage, the pope told the leaders, “Religions are called to help us understand that the center of each person is outside of himself, that we are oriented toward the Most High and toward the other,  who is our neighbor.”
Humanity needs religion, he insisted. “Religion is the compass that orients us to the good and steers us away from evil, which is always crouching at the door of a person’s heart.”
Religious leaders, the pope said, are called to be guides, helping their people see how offensive it is to God and how harmful it is to others when people seek only their own well-being, advantage and profit.
Individuals and whole societies suffer when some act as if God does not exist, so everything is permissible, he said, but also when others, “rigid and fundamentalist,” believe they are justified in using violence to impose “extreme and radical attitudes which are furthest from the living God.”
Religions must never “lend support to, or approve of, conflicts and disagreements,” he said. “God cannot be used for personal interests and selfish ends; he cannot be used to justify any form of fundamentalism, imperialism or colonialism.”
Meeting in a place of prayer, Pope Francis said, “a heartfelt cry rises up once again: No more violence in the name of God! May his most holy name be adored, not profaned or bartered as a commodity through forms of hatred and human opposition.”
Copyright ©2016 Catholic News Service/U.S. Conference of Catholic Bishops.
See also:
Gay, transgender people deserve pastoral care, pope says
Shimon Peres, known for efforts to achieve peace, dies at 93
PrevNext