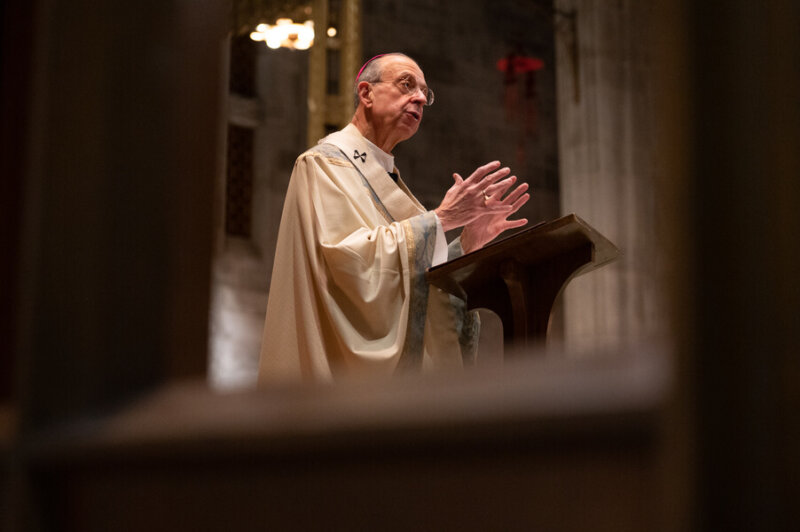 Editor’s note: This was written as a guest column for The Baltimore Sun and published Dec. 20, 2022.

The Archdiocese of Baltimore cooperated with the Maryland attorney general’s investigation on clergy sexual abuse by producing thousands of pages of documents, willingly answering questions and building on our 30-year record of transparency and longstanding work to ensure the wrongs of the past are not and cannot be repeated.

For all of the ways the Church has changed, the protections made in the last generation will not undo the scars caused by sexual abuse. To all who have been harmed by a representative of the Church, I continue to offer my heartfelt apologies, coupled with a renewed and ongoing determination to eliminate any vestige of sexual abuse. I will offer this apology as long as it needs to be heard. And I will continue to join my words with the archdiocese’s demonstrated commitment that the Church’s response today to sexual abuse is law-abiding, effective and transparent.

The transformation began in the 1990s. The archdiocese then created the foundation for the most important elements of today’s child protection policies. Any priest, deacon, religious or lay person credibly accused of sexual abuse is permanently removed from ministry and employment. We use criminal background checks, fingerprinting and other robust screenings to prevent potential abusers from operating in the Church. Today, we train thousands of employees, volunteers, ministers and young people to recognize warning signs of abuse.

We also have changed how we respond to those courageous enough to report abuse. The archdiocese reaches out to victims with counseling and with a settlement program, no matter when the abuse occurred. My auxiliary bishops and I offer to meet with victim-survivors. Our Office of Child and Youth Protection, led by lay professionals, works to ensure that our policies are followed. A qualified Independent Review Board examines every decision the archdiocese makes regarding abuse allegations and recommends ways to strengthen our policies. This creates a culture in which sexual abuse is not tolerated and victims are believed and they are cared for.

Critical to such a culture is transparency. That is why the archdiocese promptly reports all allegations of sexual abuse, whether or not we deem them credible, to local law enforcement. The Church also cooperates with police investigations. In addition, for more than two decades, the archdiocese has reported every allegation of abuse to the Attorney General’s Office by certified mail.

Building ever-stronger protections and heightened transparency, the archdiocese also announces credible allegations to the public. The Church issues news releases and works with the media to get the word out and communicates directly with parishioners. Since 2002, the archdiocese has also published a list of abusive priests. The Archdiocese of Baltimore was one of the first in the nation to do this, and the list is updated whenever new information is received. The archdiocese is not required by law to publish the list, but we have felt doing so is helpful, most especially in identifying other potential victims.

I write today to correct impressions created by speculative media accounts on the yet-to-be-published report. By the attorney general’s own confirmation in an interview on WYPR, the investigation revealed no instances of the Church of today being engaged in any sort of “cover-up.” Our culture of transparency and accountability installed over the last generation ensures that we could never again return to the Church of the past.

I share this reality not to seek praise for doing what the Church should always have done. Rather, I do so in hopes of assuring Catholics and others who were rightly disillusioned and horrified by revelations of historic failings that our shameful past is, indeed, in the past.

I would be remiss if I did not also address one flashpoint in the flurry of speculative media accounts. How can I, as a steward of the Church, be for transparency while the archdiocese is paying legal fees for some people who are not accused of abuse but are referenced in the report? My answer is that these individuals have the right to respond for themselves, particularly when they did not have the opportunity to respond during the attorney general’s four-year investigation.

The archdiocese made no secret of paying these legal fees. We publicly stated it — several days before it was reported by The Baltimore Sun and subsequent outlets. Supporting these individuals is not a delay tactic nor an attempt to block the report’s release, and it is not an effort to hide abusers. It is a matter of fundamental fairness.

To say that providing this legal support is a proxy for an obstructionist Church is disingenuous. Having publicized credible allegations itself for nearly 30 years, the archdiocese does not oppose the release of the attorney general’s report.

Finally, we must all remember that the decision about the public release of this report is not up to me, the attorney general, the media — or the people named in the report.

The decision rests alone with the court.