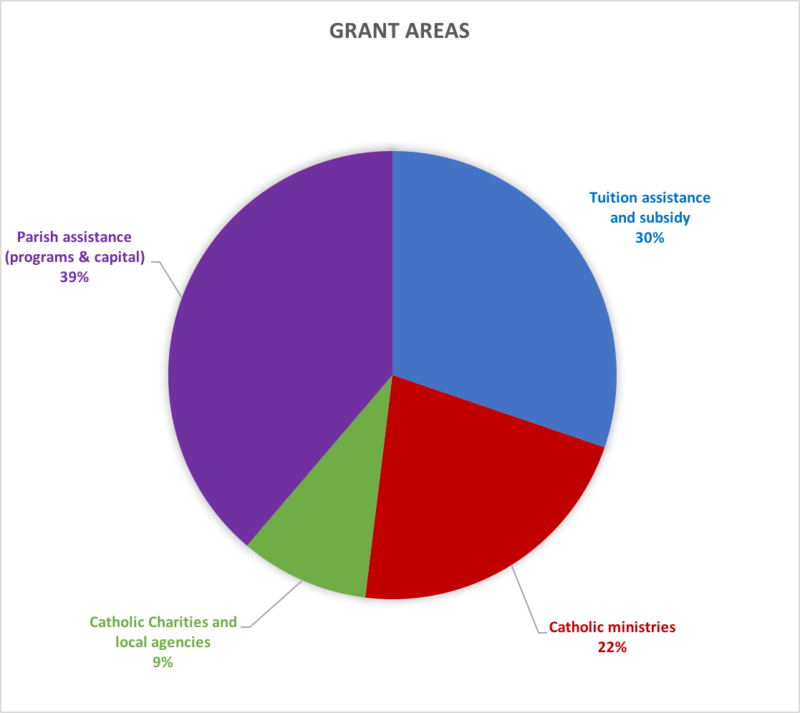 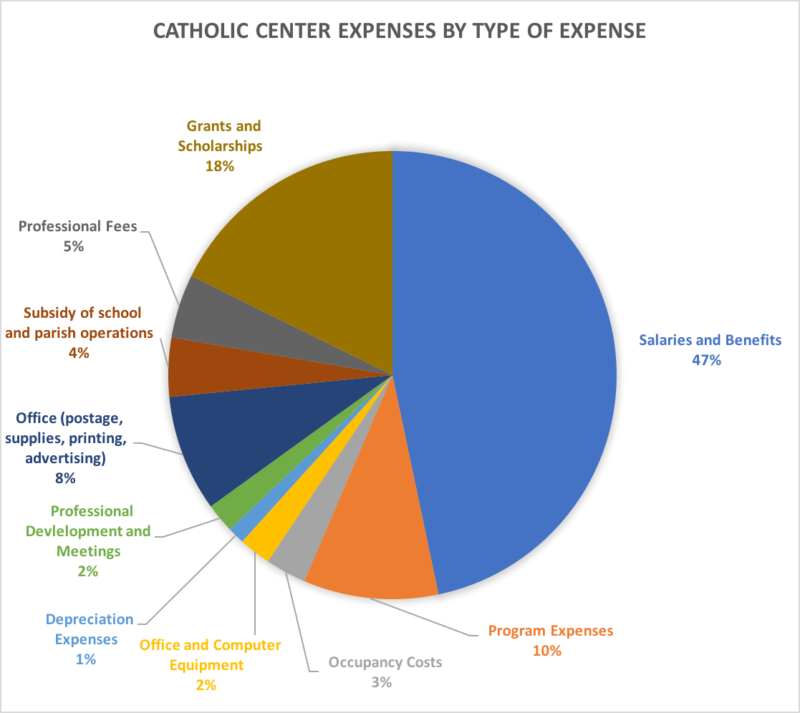 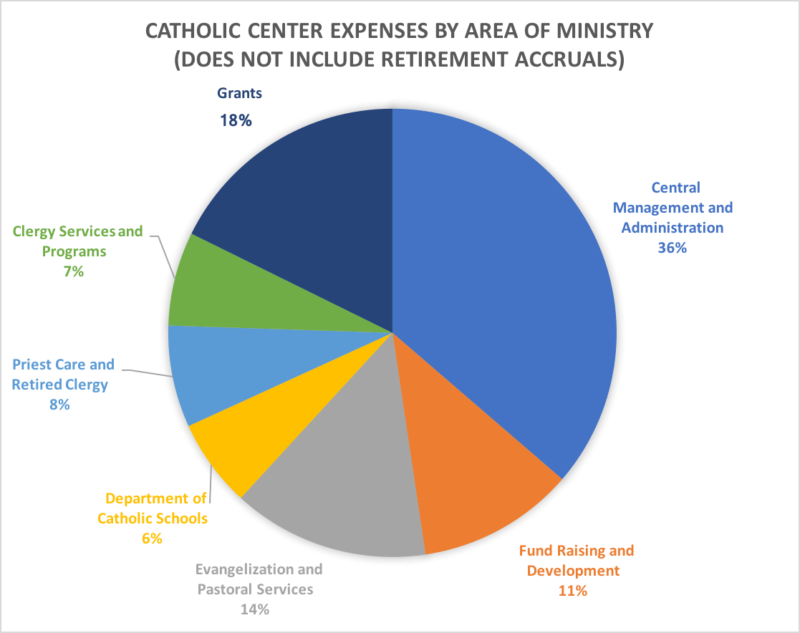 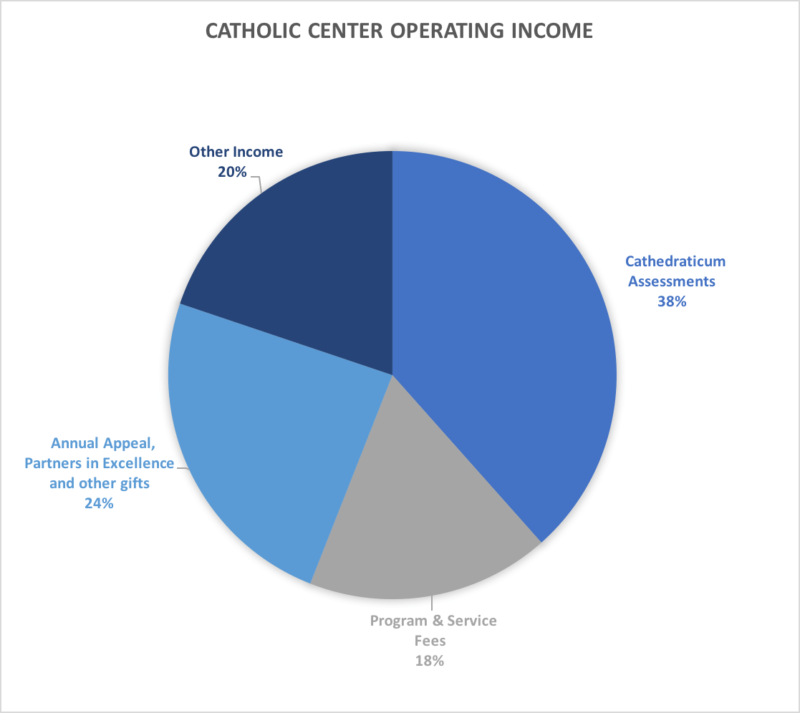 Funding of central services makes possible the work of the Office of Child & Youth Protection, which oversees adherence to the policies and procedures that ensure the safety of young people and vulnerable adults in the Church’s care.

In 2019, the Archdiocese became the first in the nation to unveil protocols for reporting allegations against local bishops, expanded the role and oversight of its lay independent review board, and established an archdiocesan pastoral council to give laity greater involvement in the administration of the diocese.

Support of the Catholic Ministries Appeal funds programs like the St. Edward’s Workforce Development Center at St. Edward’s Parish in West Baltimore. One hundred fifty men and women have completed the Ready 4 Work program at the Center, which is operated by Catholic Charities and prepares participants for jobs in automotive repair. Eighty-seven men and women have been placed in jobs since the Center opened in 2017. “Some of those who have attended the program, their lives, their perception of things and their future, have changed,” said Father Honest Munishi, Pastor of St. Edward.

Parishioner support is critical to the Archdiocese’s ability to provide tuition assistance grants to families in need throughout the Archdiocese. Support of the Catholic Ministries Appeal alone provided more than $500,000 in tuition assistance, making it possible for students to receive an academically-excellent, Christ-centered education. Students in Catholic schools in the Archdiocese excelled in 2019, with a 98% college entrance rate and nearly half of all graduates receiving college scholarships. The Archdiocese’s Partners in Excellence Scholarship Program has, to-date, has provided more than $32 million to nearly $27,000 students since it began in 1996.

Fredi Jobel, a parishioner of Sacred Heart of Jesus-Sagrado Corazón de Jesús, was among those who took up a cross during the refugee-themed Stations of the Cross in Highlandtown July 23. (Kevin J. Parks/CR Staff)

The Office of Hispanic Ministry operates with funding support from parishioners of the Archdiocese, enabling the Office to provide much-needed resources to the growing number of parishes serving Spanish-speaking communities. One such parish, Sacred Heart of Jesus-Sagrado Corazon de Jesus in Highlandtown, a bilingual parish where two Sunday Masses are celebrated in Spanish. Parishioner Fredi Jobel emigrated to the United States in 1990 seeking an opportunity for a better life. “You can reach your dream…it’s freedom. It’s opportunity,” he said. He’s a member of the local Knights of Columbus Council and says the parish is “like a family” to him and his wife and five children.

The Catholic Church ministers to college students through campus-based Newman Centers, named for Saint John Henry Newman, who spent much of his life dedicated to the intersection of faith and reason at college universities in the 19th century. One such center is located on the campus of Towson University, where Father Matthew Buening serves as chaplain to the Catholics who help make up the 19,000-student population. “That’s quite a big parish,” Father Buening said. “The youth are our lifeblood, they’re the future of our Church.” He noted the unique challenge he faces to keep college-aged Catholics engaged in their faith and the role Newman Centers can play in this important task. “Eighty percent of those who lose the faith do so before age 23. I had left the faith, pretty much, in college. It was a priest that brought me back,” he said. His mission for active Catholics is to “not let them drift away in the first place,” as well as to evangelize those with little to no faith foundation. Support for the Catholic Ministries Appeal makes his work and the work of other area Newman Centers possible.

Seminarians, including some from the largest group of newcomers in the Archdiocese of Baltimore since 1983, process into Mass at Faithfest Maryland 2019 Sept. 14. (Kevin J. Parks/CR Staff)

Support for the Catholic Ministries Appeal funds the work of the Archdiocesan Vocations Office, led by Father Steven Roth. Under Father Roth’s direction, the Archdiocese welcomed 17 new seminarians in 2019, the largest in the archdiocese in at least 36 years! The addition of 17 new seminarians brings the total number studying for the priesthood for the archdiocese to 52. One such seminarian, Cornelius Ugwu, 33, entered the priestly formation program from his native Nigeria. “I want to help the people in their need for Christ—in the hospital, helping those with depression, to pray for the sick and also mentoring young people to grow in good Christian faith,” he said. Father Roth notes that many of the men studying for the priesthood were inspired by other priests and attributes the increased interest in the priesthood to the growing number of people in the archdiocese praying for vocations.