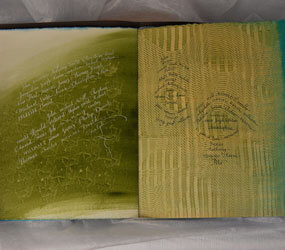 BOSTON – “Our church will never forget the clergy sexual abuse crisis,” said Cardinal Sean P. O’Malley of Boston in a document marking the 10th anniversary of the abuse scandal that first rocked the archdiocese in January 2002, the reverberations of which continue to be felt.

“The traumatic and painful days we experienced 10 years ago rightfully forced us to address the issue honestly and implement many necessary changes,” said Cardinal O’Malley in the 2,500-word document, “Ten Years Later – Reflections on the Sexual Abuse Crisis,” released Jan. 4.

Cardinal O’Malley said that since his appointment in July 2003, “our highest priority has been to provide outreach and care for all the survivors of clergy sexual abuse and to do everything possible to make sure this abuse never happens again.”

The cardinal said the archdiocese has met with more than 1,000 survivors and family members. “As one measure of our commitment, during the past seven years, the archdiocese has spent more than $7 million to provide counseling, medicines and other services for survivors and their families,” he added. “At any given time, we are providing assistance for approximately 300 people.”

Since 2003, the Archdiocese of Boston has settled approximately 800 claims of clergy sexual abuse, Cardinal O’Malley said, although no figure was offered on the total archdiocesan payout in those cases.

He added that about 300,000 children have received safe environment training through their parish schools or religious education programs. The cardinal said about 175,000 adults – clergy, religious and laity, both paid staff and volunteers – have been trained to identify and report suspected abuse.

“It is indisputable that the survivors of clergy sexual abuse have suffered greatly. As an archdiocese, as a church, we can never cease to make clear the depth of our sorrow and to beg forgiveness from those who were so grievously harmed,” Cardinal O’Malley said. “The survivors’ strength in proclaiming the truth allowed others to acknowledge their own pain and take steps to begin healing.”

He added, “Men and women who have suffered the most egregious abuse (have) shared that they are striving each day to forgive the man who perpetrated the abuse. This is an extraordinary and humbling sign of God’s goodness beyond all measure, and a message of courage, hope and love.”

Cardinal O’Malley thanked the news media, which uncovered the scope of the abuse in Boston and elsewhere. “The media helped make our church safer for children by raising up the issue of clergy sexual abuse and forcing us to deal with it,” he said. “All of us who hold the protection of children as the highest priority are indebted to the media’s advocacy on this issue.”

The cardinal noted that “all Catholics, those who continue to be present at their parishes for the celebration of the Eucharist and those who have felt the need to step away during recent years, have carried the burden of the anger, shame and confusion of this scandal. It is also important to recognize that our Catholic community is an essential part of our ongoing response.”

Cardinal O’Malley said the message was offered “with a spirit of contrition and humility, with a commitment to vigilance and with gratitude for all who have given their time and effort to ensure that such abuse never again occur in the church.” He added, “We look to the future with the hope that God will bring good out of this situation and offer hope and healing to all those affected by the crisis.”

In a letter to Catholics in the archdiocese that accompanied the document, Cardinal O’Malley said, “As leaders in the church we must accept our responsibility for those failings and clearly acknowledge that church leadership could have and should have responded more quickly and more forcefully.”

Although “sweeping and significant” changes have been made by the church in the past decade, he added, “ we cannot be lulled into a sense of achievement that would risk complacency. … There will never be a time to presume that the crisis is over or behind us.”