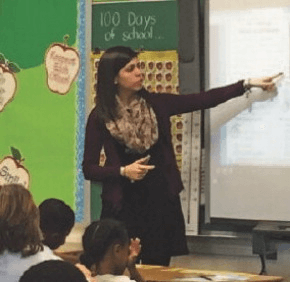 A pleasant surprise for parents sending their children to Catholic schools with eyes toward a quality college education: Their children are already benefitting from Catholic universities in the Archdiocese of Baltimore.

Collaboratively and independently, Notre Dame of Maryland University in Baltimore, Loyola University Maryland in Baltimore and Mount St. Mary’s University in Emmitsburg have established mutually beneficial partnerships with the Catholic schools in the archdiocese.

In collaboration, the three institutions offer the Principals Leadership Institute of Advanced Study, a certificate program for principals and assistant principals selected by the archdiocese to participate.

Modules are held at all three universities, focusing on a range of leadership aspects, from the practical (Finance and Marketing: Beyond the Chocolate Bar) to the spiritual (The Role of the Catholic Leader: The Spirit of Leadership).

A more in-depth look at the commitments of the three Catholic universities follows.

Founded in 2009 at the behest of Thomas Powell, then-president of the Mount and now president of St. John’s Catholic Prep in Buckeystown, the Center for Catholic School Excellence offers professional development and consulting services for faculty and administrators of Catholic schools.

“We go to schools and do professional development, and sometimes they come here,” explained Elizabeth Monahan, director of the Mount’s master’s degree in education programs as well as the university’s Center for Catholic School Excellence (CCSE).

In a professional-development partnership with St. John Regional Catholic School, the PreK-8 Frederick institution receives the benefit of having a Mount professor on its campus about one-and-a-half days a week.

“The professor participates in faculty meetings and other functions and gets a sense of the needs of St. John Regional,” Monahan said. “Then, we can provide them with that professional development.”

The Mount is also assisting and advising St. Frances Academy in Baltimore on its strategic plan.

Though Loyola’s School of Education is relatively young, it has wasted no time in involving itself where needed.

“Given our Jesuit Catholic identity, we knew we wanted to focus on urban Catholic schools,” said Stephanie Flores-Koulish, director of Loyola’s Center for Innovation in Urban Education, which counts among its initiatives the Institute for Urban Catholic Education.

Eight Loyola faculty members are involved with the four schools, providing in-residence presence and guidance as well as professional development and student enrichment.

“The residents work from the micro-level, assisting with assessments of students, working with the specific learning needs of the students and working with the staff to assess what those needs are,” Flores-Koulish said.

Loyola is also helping the four institutions improve STEAM (science, technology, engineering, art and math) programming after school, and is supporting them as they prepare for accreditation reviews in the next couple of years.

Currently working with more than 25 schools from the Baltimore and Washington archdioceses, Notre Dame’s Academy of Catholic Educators continues to grow, according to Gail Donahue, its director.

“As principals hear about us, they want to become more involved in the program,” she said.

With a fully-equipped classroom for Catholic school t eachers ready to go, thanks to an $80,000 grant from the Marion I. and Henry J. Knott Foundation (featured on page 24), the program, dubbed “ACES,” emphasizes training teachers in 21stcentury technology and studentcentered instruction.

ACES teachers, Donahue said, learn to facilitate their students’ use of iPads, interactive projectors, smart boards and “whatever’s on their device.”

“The idea is to make technology seamless,” she said, adding that ACES teachers incorporate tech into students’ learning rather than teach it directly.

“That’s how it is in the workplace,” Donahue noted. “You use technology every day. It’s not, ‘Oh, it’s technology time. I’m going to use technology now.’ ” Notre Dame also provides Catholic schools with manpower. Junioryear students intern in schools in the archdiocese while graduate students serve as full-fledged teachers through the university’s Operation TEACH (Teachers Enlisted to Advance Catholic Heritage) program.

“We really do it on a continuum,” observed School Sister of Notre Dame Sharon Slear, dean of education for the university.

Operation TEACH currently has 23 graduate students enrolled, teaching in 14 schools in the archdiocese, according to Angela Simmons, who directs the two-year program.

“People who do this program need to want to be part of the Catholic Church’s traditions and teachings,” she said, adding that the “spiritual component” – the student-teachers live in religion-focused communities for the two years – is what makes Operation TEACH unique.

Theresa Fasullo, a graduate of the University of Dayton (Ohio), now teaching first grade at Sacred Heart School in Glyndon, said joining the program was the right decision.

“What has been an incredible blessing has been being able to continue growing in my faith surrounded by others while transitioning into an education career,” she wrote in an email to the Catholic Review.

Simmons noted that Operation TEACH staff members tend to continue on with their schools after their two years in the program.

“The principals are really the ones who support and maintain this program,” she added. “Without them hiring our teachers, it wouldn’t exist.”