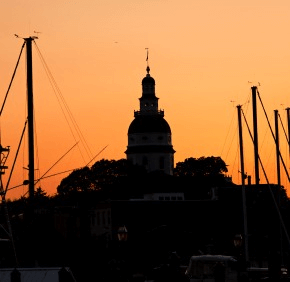 ezygmont@CatholicReview.org
Twitter @ReviewErik
The 2017 Maryland legislative session ended April 11 at midnight, and Mary Ellen Russell, executive director of the Maryland Catholic Conference, the legislative lobbying arm of the Maryland bishops, said there were “quite a few” high points, citing scholarship funding, paid sick leave and the withdrawal of a bill that would have legalized physician-assisted suicide.

The Broadening Options and Opportunities for Students Today program, known as BOOST, received funding through the state budget. Garrett O’Day, MCC associate director for education, children and families, said BOOST – which provides scholarships for students who are from low-income families and wish to attend nonpublic schools – was allocated $5.5 million “on paper.”

Available scholarship money, however, includes nearly $6 million, due to funds unused for the 2016-17 schoolyear, according to O’Day.

“Students who got scholarships last year should be priority to get a scholarship (for the 2017-18 schoolyear),” O’Day added.

The funding was secured after a hard-fought battle with American Civil Liberties Union and the Maryland State Education Association, according to O’Day.

In a close vote, he said, the House of Delegates Appropriations Committee cut a proposed $6.85 million down to “about $2 million,” limiting funding to students who had received scholarships for the 2016-17 schoolyear and had used those scholarships to transfer from public to nonpublic schools.

Since its inception, BOOST has been available exclusively to students who qualify for free and reduced-price school lunches. Had it been funded as the Appropriations Committee voted, those students who had received scholarships for 2016-17 and had attended private school the previous year would have lost their scholarships.

The funding compromise was reached in the State Senate.

“It’s a really significant victory in the sense that this is the first year it survived public hearing,” O’Day said. “We’re really ecstatic.”

“We owe Ed a lot,” he said. “He’s a champion of this program, after fighting for it for so many years, and still continuing to fight for it in the budget process.”

O’Day said that students will likely be able to apply for 2017-18 scholarships by the end of April. Those interested can sign up to be notified when applications go live at educationmaryland.org.

The MCC also supported paid sick leave, which passed the House of Delegates and the State Senate, and now sits on Hogan’s desk.

The governor has threatened to veto the bill, which would require those who employ 15 or more to allow their employees to earn paid sick leave. He has 30 days from the bill’s April 6 passage to make his decision.

The bill passed the General Assembly with a veto-proof majority. Should Hogan veto it, legislators would get their first opportunity to override his veto on Jan. 10, 2018, the start date of the 2018 legislative session.

A long-running debate on extending the civil statute of limitations for survivors of child sexual abuse saw some resolution. Hogan signed into law a bill that extends the cutoff age for which such survivors may sue for damages from 25 to 38.

The law applies to both private and public institutions, though potential damages are capped only for public insititutions.

The law is “prospective only,” Russell said, meaning that the extension does not apply to cases brought before its enactment.

For those cases involving survivors older than 25, a higher standard of “gross negligence” must be proved in order for an institution, such as the Catholic Church, to be held responsible for the actions of an individual perpetrator.

“I think (the law) is a positive outcome that brings resolution to an issue that had been very troubling for the church and for legislators,” Russell said. “The sponsor of the bill, leadership and everybody made it very clear that this issue is over once and for all.”

Another reason to compromise, Russell added, was concern for the bill’s lead sponsor, Del. C.T. Wilson, a Democrat representing parts of Charles County, who has testified he suffered severe abuse, with repercussions to the present, at the hands of his now-deceased stepfather.

“We wanted to do something for people who have survived what he survived,” Russell said.

The Maryland Law Enforcement Government Trust Act, which would have defined parameters for local law enforcement participation in federal immigration enforcement activities, as well as prevented stops and arrests on the sole basis of determining immigration status, failed on the final day of the legislative session.

“The (MCC) will continue to seek opportunities during the interim to work with local elected officials to encourage policies that protect innocent families from unwarranted deportation while ensuring the safety of local communities,” Russell said in an email.