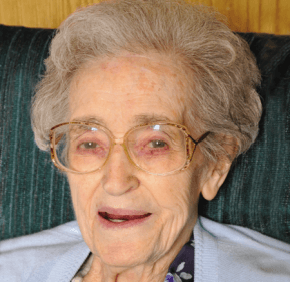 A funeral Mass for School Sister of Notre Dame Virginia Stallings was offered Jan. 31 at the chapel at Villa Assumpta in Baltimore. Sister Virginia died of an arrhythmia Jan. 27. She was 92 and had been a sister for 70 years.

A native Baltimorean, Sister Virginia entered the School Sisters of Notre Dame in 1939. She taught at St. Mary School in Hagerstown from 1942 to 1947; St. Paul the Apostle School in Ellicott City from 1951 to 1953; and St. Mary School in Annapolis from 1964 to 1969. She also taught in New York, New Jersey and Pennsylvania.

In 1969, Sister Virginia became the librarian at the Institute of Notre Dame in Baltimore, where she served for 20 years.

After her semi-retirement, Sister Virginia continued living at IND, where she offered community service.

Her uncle was Monsignor Albert T. Stallings, the founding pastor of St. Clare in Essex who died in 1990.