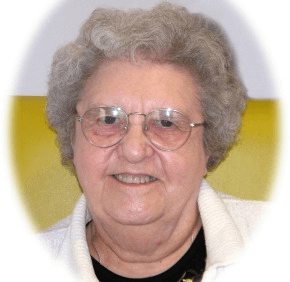 By Catholic Review Staff
A funeral Mass was held for Ursuline Sister Rosanna Dorn June 24 at the Ursuline Motherhouse in Louisville, Ky. Sister Rosanna died June 19 at Sacred Heart Home in Louisville; she was 84.
Born in Cumberland, she graduated from the former St. Mary’s High School in 1950 and entered the Ursuline Sisters of Louisville in 1951. She received her bachelor’s degree in elementary education from Ursuline College in Louisville; a master’s in library sciences from the University of Pittsburgh; and a master’s in religious studies from what is now La Salle University in Philadelphia.
In Cumberland, Sister Rosanna taught at the parish school at Ss. Peter and Paul, 1963-71; was pastoral associate at St. Patrick Parish, 1977-88; provided pastoral care of patients at Sacred Heart Hospital, 2004-06, and for the Western Maryland Health System, 2006-08.
Sister Rosanna also served on the parish staffs of St. Joseph, Sykesville, 2002-04, and Holy Family Catholic Community, Middletown, 1988-91.
Besides Cumberland, her 20-year teaching ministry, which lasted from 1957 to 1977, included schools in Louisville; Madison, Ind.; Sidney, Nev., and Columbia, S.C. Sister Rosanna also served in parish ministry in Indiana, Pennsylvania and Virginia.
Burial was at St. Michael Cemetery in Louisville.
To see more obituaries, click here.
PrevNext