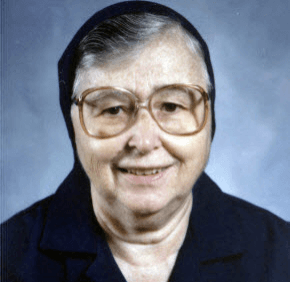 By Catholic Review Staff
A funeral Mass for Daughter of Charity Paula McGuire was offered Aug. 8 at the Basilica of the National Shrine of St. Elizabeth Ann Seton in Emmitsburg. Sister Paula died Aug. 5. She was 88.
A Baltimore native, Sister Paula entered the Daughters of Charity in 1943. An educator, Sister Paula taught or served in administration at schools in Connecticut, Maryland, New York, Ohio, Pennsylvania and West Virginia. In Baltimore, Sister Paula was principal of St. Dominic School from 1967 to 1973 and taught religion at Seton High School from 1982 to 1986. She was her community’s seminary assistant from 1958 to 1959 and 1963 to 1967 in Emmitsburg.
For more obituary articles, click here.
PrevNext