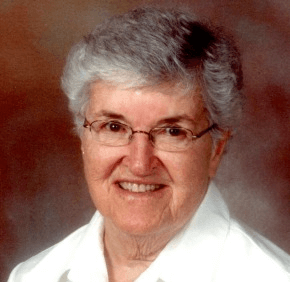 A funeral Mass for Sister Mary Joan Kelleher of the Sisters, Servants of the Immaculate Heart of Mary, was offered June 13 at Our Lady of Peace Residence in Scranton, Pa. Sister Mary Joan, who taught in Dundalk for 16 years, died June 10. She was 95.

Born in 1919 in Scranton, Sister Mary Joan joined the Sisters, Servants of the Immaculate Heart of Mary, just a few days shy of her 18th birthday. She made her temporary vows in 1940 and her final vows in 1943.

Sister Mary Joan devoted most of her ministry to teaching, starting with St. Rita School in Dundalk from 1940 to 1956. The elementary school closed in 2006.

After St. Rita, Sister Mary Joan taught at elementary and high schools in New York and Pennsylvania until 1971. She served on the faculty at Marywood College in Scranton from 1977 to 1995. She then served as an instructor at the IHM Educational Enrichment Institute at the IHM Center in Scranton until 1999. From 1999-2007, she was library coordinator at the IHM Center.

From 2007 until her death, Sister Mary Joan served as a prayer minister at Our Lady of Peace Residence.