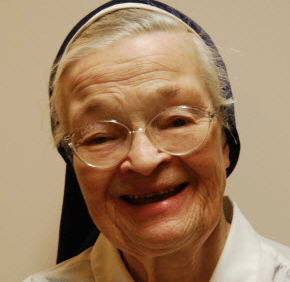 By Catholic Review Staff
A funeral Mass for Daughter of Charity Sister Maria Rosa Dorr was offered Jan. 12 at the Basilica of the National Shrine of St. Elizabeth Ann Seton in Emmitsburg. Sister Maria Rosa died Jan. 9. She was 84.
Born in South Carolina in 1928, Sister Maria Rosa was a Daughter of Charity of St. Vincent de Paul for 65 years. She attended St. Joseph College in Emmitsburg and finished a nursing degree at The Catholic University of America in Washington, D.C., in 1952. She was a nurse in Washington, D.C.; Maryland; New York State and Massachusetts. She served at Sacred Heart Hospital in Cumberland from 1970 to 1974.
Sister Maria Rosa also served in parish ministry, outreach and pastoral care before entering the ministry of prayer at Villa St. Michael in Emmitsburg in 2004.
Feb. 15, 2013 CatholicReview.org
PrevNext