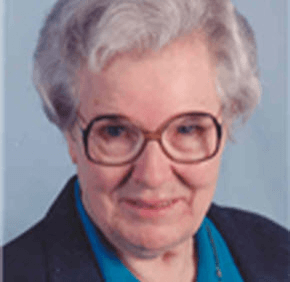 By Catholic Review Staff
A funeral Mass for Religious Sister of Mercy M. Lois Mueller will be offered Jan. 14 at Mercy Villa, the religious order’s retirement community in Baltimore. Sister Lois died Jan. 8. She was 98.
A native of Baltimore, Sister Lois entered the religious order in 1932.
She attended the now-closed Little Flower Elementary School in Woodstock and the now-closed Mount St. Agnes High School in Mount Washington.
Sister Lois taught at the now-closed Shrine of the Sacred Heart School in Mount Washington from 1935 to 1937 and the now-closed St. Peter’s School in Baltimore from 1937 to 1938.
From 1946 to 1951, Sister Lois served as assistant to the mistress of novices at Mount St. Agnes.
She served as principal of the now-closed St. Cecilia School in Baltimore from 1952 to 1958, at Mount St. Agnes’ lower school from 1958 to 1963 and Shrine of the Sacred Heart School from 1967 to 1968. She taught at Immaculate Heart of Mary School in Baynesville from 1968 to 1969.
She also served at schools in Washington, D.C., and Georgia.
Sister Lois served as an outreach minister at Stella Maris in Timonium from 1977 to 1978 and as a counsel volunteer at Mercy Medical Center in Baltimore 1987 to 1988.
She taught at the Learning Bank of Communities Organized to Improve Life in Baltimore from 1992 to 1998.
Sister Lois resided at Mercy Villa from 1998 until her death.
She earned a bachelor’s from the former Mount St. Agnes College in Mount Washington and a master’s in education from what is now Loyola University Maryland in Baltimore.
To read more obituary articles, click here.
Also see:
Sister Mueller: ‘I have connections in heaven’
Pope names 19 new cardinals, including six from Latin America
PrevNext