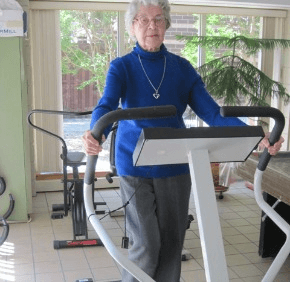 By Catholic Review Staff
A funeral Mass for Sister Agnesine Seluzicki, a member of the Mission Helpers of the Sacred Heart for 74 years, was offered Feb. 20 at Mercy Villa in Baltimore. Sister Agnesine, who died Feb. 13, was 95.
The daughter of Russian immigrants, she was born and raised in East Baltimore and was a member of St. Michael Parish, Fells Point. Attending public schools, she did not consider a religious life until she met the Mission Helpers, according to an obituary provided by the order.
“When I met them,” she once said, “I knew that life for me could never be the same, and I wanted to be a part of whatever it was that inspired this group of women. … They allowed me to do things that I never would have dreamed of doing and enabled me to allow God to work through me.”
Sister Agnesine earned a bachelor’s degree from what is now Notre Dame University of Maryland in Baltimore and a master’s degree from Providence College in Rhode Island.
Her early ministry focused on catechetics, as she trained adults to teach religion in the Archdiocese of Baltimore. In the 1970s, she served as director of religious education (DRE) for the Archdiocese of Boston, and for several years wrote a column for Religion Teachers’ Journal. She also served as DRE in two large parishes in the Archdiocese of New York, and conducted summer workshops at military bases in Germany.
She most recently served as the Mission Helper Center receptionist and walked the treadmill several times each week until her heart attack late last year.
To read more obituary articles, click here.
PrevNext