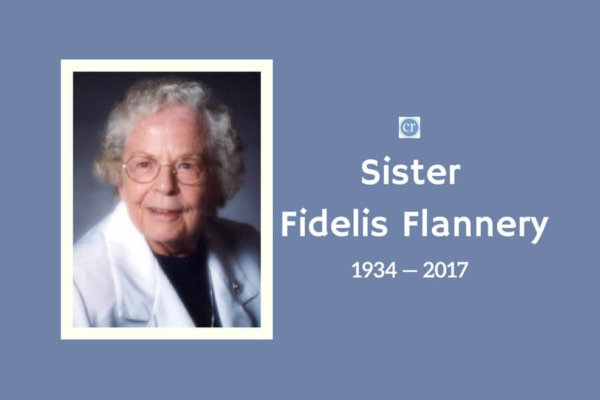 A funeral Mass was offered July 6 at Our Lady of Peace Residence in Scranton, Pa., for Sister M. Fidelis Flannery, of the Sisters, Servants of the Immaculate Heart of Mary. Sister Fidelis died June 30 in Scranton, a month before her 84th birthday.

A native of Williamsport, Pa., she made her final profession of vows in 1950, and began her education ministry at St. Rita Elementary School in Dundalk, 1947-51. Sister Fidelis also taught in in New Jersey, New York and Pennsylvania. As a principal, she led schools in New Jersey and New York, and several in the Archdiocese of Washington, including St. Mary Assumption School in Upper Marlboro, 1966-1970, and Little Flower School in Bethesda, 1989-1994.

She received a bachelor’s degree in education and master’s degree in guidance from what is now Marywood University in Scranton.