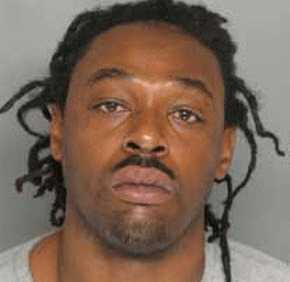 The police reported Dec. 5 that no one was injured in a “struggle” over the officer’s gun that caused the firearm to discharge around 2:30 p.m., but said in a Dec. 6 statement that the officer received a graze wound in her right leg. She did not require medical treatment.

The prisoner, whom the police identified Dec. 6 as Brian Dargan, 30, will be charged with attempted first degree murder and attempted second degree escape after he is released from medical treatment. At the time of the incident, he was under arrest for burglary and is being held on $25,000 bail for burglary charges.

According to a Dec. 6 statement from the Baltimore County police, Dargan had been transported from District Court to St. Joseph after receiving bail for the burglary charges. A hospital employee noticed during a medical examination that Dargan had a needle in his clothing. When she tried to take it, he grabbed her arm. She pulled away, but he began to struggle with the officer to get off of a gurney to which he was handcuffed.

Dargan tried to obtain the gun of the officer, whom the statement did not name. It fired and jammed. A hospital security officer who arrived to assist the police officer took the gun from Dargan’s hand.

The police officer also used pepper spray to subdue Dargan, who remained handcuffed to the gurney throughout the incident.

“Thanks to the quick response of the Emergency Department staff and the UM-St. Joseph security team, the incident was resolved quickly with no injury to our staff or patients,” St. Joseph officials said in a Dec. 5 statement.

The incident occurred in the first week after St. Joseph’s Nov. 30 sale to the University of Maryland Medical System from Denver-based Catholic Health Initiatives. Started by the Sisters of St. Francis of Philadelphia in 1864, St. Joseph continues to operate as a Catholic hospital.