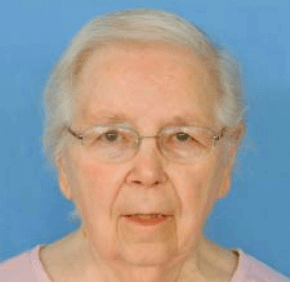 By Catholic Review Staff
School Sister of Notre Dame Dorothy Catherine Arthur, a Baltimore native whose ministry ranged from secondary education to colleges to helping lead her order, died Feb. 8 at the Villa Maria Health Care Center in Towson. She was 87.
She was taught by the School Sisters at the former St. Andrew Parish school in East Baltimore. According to an obituary prepared by the order, she recalled that at her 1943 eight-grade graduation, she told her parents, that one day she would be “one of them.” She considered the vocation further during two years at St. Andrew’s Commercial School, and after working as a bookkeeper, entered the order and professed her first vows in 1953.
Given the name Sister Herbert Marie, in honor of her father, her education ministry took her to Our Lady of Mount Carmel School in Camden, N.J.; St. Joseph High School in Rochester, N.Y., 1953-57; Bishop Neumann Business School in Philadelphia, 1957-62; and Mount Carmel Business School in Camden, N.J., 1962-65.
Sister Dorothy then returned to Baltimore, where she taught business classes at the Institute of Notre Dame, 1965-67, and Archbishop Keough High School, 1967-69. According to her order, “Dorothy trained wonderful secretaries, who were eagerly sought by lawyers for their training and abilities.” She then became treasurer of what was then the College of Notre Dame of Maryland, 1969-75. Sister Dorothy then returned to Archbishop Keough High, where students affectionately called her “D.A.,” to serve as vice principal of student affairs, 1975-77, and then principal, 1977-83.
She was elected to two terms as a member of her order’s Baltimore Provincial Council, 1983-87 and 1987-92. She was appointed vicar, and from October 1987 to March 1988, served as acting provincial leader. Sister Dorothy then became the administrator of St. Vincent Home, Tacony, in Philadelphia, 1993-99, serving at-risk children. She served the Baltimore Province as assistant to the development director, 1999-2005; as a volunteer in the Atlantic-Midwest Province Development Office, 2005-06; organized the School Sisters’ advance directives for the province, 2006-09; and retired in 2010.
She earned a bachelor of science in secretarial science from Nazareth College in Rochester, and a master of arts in business education from The Catholic University of America in Washington, D.C.
According to her obituary, which was prepared by School Sister Jeanne Hildenbrand, “Dorothy was a great administrator, a whiz in finance and totally hard working. She was a doer, not a talker. Yet, she was known as someone easy to work with, one who always made you feel that you belonged, that she appreciated you and kept an interest in you. She was blessed with insight and knew when ‘more heart than head’ was needed. Dorothy was light-hearted and could laugh till tears ran down her face. She was a deeply spiritual woman who started a centering prayer group, took care of all the details and kept it going for 12 years. Devoted to her family, the enjoyment of family celebrations was a special part of Dorothy’s life.”
A funeral Mass was offered Feb. 16 by Jesuit Father Charles G. Gonzalez. Her cremains were interred in Villa Maria Cemetery in Glen Arm.