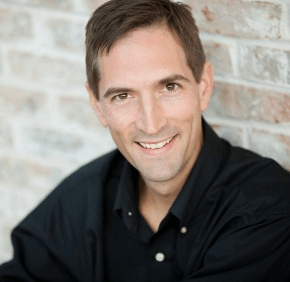 By Nancy Menefee Jackson
Special to the Review
TIMONIUM – Except for muffled sobs, the Church of the Nativity was completely silent as the voice of Robert “Rob” Belanger filled the church one last time at the funeral Mass for the former music director Jan. 7.
The funeral program explained the story behind “The One Who Is Love,” the beautiful song that so moved the 600 people who filled the pews and approximately 900 more who watched on video screens in overflow spaces.
Belanger had traveled to Germany for treatment of the prostate cancer that would take his life at 47 on Dec. 30, 2016.
“On the second night, unable to sleep, heartsick and in pain – at the lowest point in his life – Rob prayed and opened the scriptures, searching for solace,” according to the funeral program. “He couldn’t read through the tears. Late into the night, Rob quieted and settled into a deep realization that he was covered by the grace of God. He was not abandoned, but rescued. His despairing heart began to praise.”
Belanger had said that God spoke directly to him, giving him the music and lyrics that would become the song.
“How abundantly God blessed him, even in his time of suffering,” Father Michael White, pastor, said in his homily. “I personally give thanks for the many hearts Rob touched here through his music.”

Father White drew a laugh as he recalled what a perfectionist Belanger could be when it came to music. But he grew serious as he said, “While we know how deeply Rob believed, he did so imperfectly, just like the rest of us. He was a practicing Catholic in the sense that he hadn’t perfected it yet … the best thing we can do for Rob is to pray for him. Being here today reminds us just how fragile life is … and every day presents an opportunity for conversion.”
Belanger, the son of Baltimore Orioles Gold Glove shortstop Mark Belanger, touched people far beyond the world of music and the church. He lettered in three sports at Dulaney High School and played baseball at Towson University. Rather than undergo shoulder surgery to continue playing baseball, Belanger opted instead to pursue music. While playing in a rock band, he met his wife, Natasha Pomles. The couple had two daughters, Carsyn and Addisyn. He also worked as a sales assistant at the investment firm Brown Advisory.
When he lost his father to cancer, Belanger and a friend, Chris Federico, who had lost his mother to the disease, founded the Belanger-Federico Foundation in 2004, starting with a charity golf tournament. In 2006, with the help of Sharon Perfetti, now the executive director, and Olympic figure skater Kimmie Meissner, it grew into the Cool Kids Campaign, which improves the quality of life for pediatric oncology patients and their families by focusing on the academic, social and emotional needs brought on by a cancer diagnosis.
“Rob was a very positive individual who always believed anything was possible,” said Federico, a parishioner of Nativity. “We always felt that by creating a program that directly benefits kids that it was a really good distraction to get their minds of what they’re going through. Rob was very instrumental in everything we did. He had a heart of gold and never put himself first.”

Jocelyn Bayne and Ruby Jocelyn, members of the Lutherville/Timonium Lazers fast-pitch softball team, remark on the positivity, teamwork and sportsmanship they learned from Robert Belanger, their coach. The team was present for Belanger’s Jan. 7 funeral Mass. (Sara Travlos/CR Staff)

Former Orioles stars Ken Singleton, Scotty McGregor and Tippy Martinez attended the Mass.
“I’ve known Rob since he was 6 years old,” Singleton said. “As we watched our teammates’ children run around the Orioles clubhouse, we wondered what they would grow up to be. Rob has had many accomplishments: musician, coach. But his best accomplishment was as a husband, father and devoted son. He will be missed by all of us at Cool Kids, yet we will always remember him as we move the organization onward and upward, initially in memory of his father, and now in memory of Rob.”
Belanger coached fast-pitch softball, and his team, the Lutherville/Timonium Lazers, stood on the altar while two players spoke about the positivity, teamwork and sportsmanship they learned from their coach.
In remarks afterward, Liz Pepple, Natasha’s aunt, said that when spending time with Rob, “You felt as if you were walking with Jesus’ best friend … Rob reflected God’s love as big and luminous as the sun.”

Mark Kodenski, a longtime friend of Robert Belanger and a fellow musician, sings a reflection song at Belanger’s Jan. 7 funeral Mass at Church of the Nativity in Timonium. (Sara Travlos/CR Staff)

Mark Kodenski, a longtime friend and fellow musician, said, “Just being around Rob made one a better person.”
He recalled a time in 1997, when Belanger called him and told him they were honoring his dad at Oriole Park by having him throw out the first pitch, and he was going to sing the national anthem and needed moral support.
“Isn’t it a playoff game?” Kodenski asked.
“Yep.”
“Isn’t it being televised?”
“Yep.”
But when Kodenski got to the ballpark he saw how people responded to the younger Belanger. “I realized this was a homecoming. He didn’t need me – he grew up in the clubhouse – he wanted to share the experience with me because I was struggling with stage fright.”
In 1995, Kodenski wrote a haunting song called “Pennsylvania.” Belanger worked with him in the recording studio on the song, and it was a particular favorite of his. He told his friend, “You’ll sing this at my funeral someday.”
Kodenski did.

Click here for a video of Belanger singing “The One Who Is Love.”