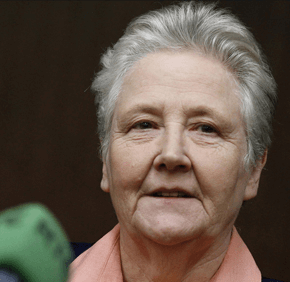 By Carol Glatz
Catholic News Service
VATICAN CITY – A new papal commission for protecting minors from sexual abuse was meeting for the first time to discuss its mandate and expand input from more countries.
Pope Francis, who established the Pontifical Commission for the Protection of Minors in December, was to “greet” the commission members at some point during its May 1-3 deliberations, the Vatican spokesman said April 30.
The commission’s meetings were being held at the Domus Sanctae Marthae, where the pope lives.
The commission, led by U.S. Cardinal Sean P. O’Malley of Boston, was “expected to reflect on the nature and aims of the commission” as well as discuss ways to include additional representatives and input from other parts of the world, said the spokesman, Jesuit Father Federico Lombardi.
Cardinal O’Malley, who is also one of eight members of the Council of Cardinals advising Pope Francis on the reform of the Roman Curia and governance of the church, told reporters in December that the commission would take a pastoral approach to helping victims and preventing abuse.

U.S. Cardinal Sean P. O’Malley of Boston has been appointed to lead the Pontifical Commission for the Protection of Minors. (CNS photo/Gregory L. Tracy, The Pilot)
Given that much of the Vatican’s attention thus far had been on implementing policies and legal procedures for investigating allegations of abuse and punishing guilty priests, the cardinal said the commission would look at programs to educate pastoral workers in signs of abuse, identify means of psychological testing and other ways of screening candidates for the priesthood, and make recommendations regarding church officials’ cooperation with civil authorities on reporting suspected abuse.
The commission is currently made up of eight members, including a survivor of clerical sex abuse, mental health professionals and experts in civil and church law.
The group’s meeting was just a few days before the Vatican was to come under review by the U.N. Committee Against Torture. Along with representatives of six other states, Vatican representatives were scheduled to review their periodic report with the committee’s independent experts May 5-6 in Geneva.
The Holy See, which in 2002 signed the Convention Against Torture and Other Cruel, Inhuman or Degrading Treatment, comes under regular review — like all convention signatories — to determine whether its policies and practices adhere to or violate different aspects of the treaty.
The New York-based Center for Constitutional Rights, representing SNAP, the Survivors Network of those Abused by Priests, filed a report with the committee stating that “rape and other forms of sexual violence are recognized as torture and cruel, inhuman, and degrading treatment, and the Vatican has fallen woefully short of its obligation to prevent and protect against these crimes” in the way it has handled the clerical sex abuse scandal.
Three months ago, the U.N. Committee on the Rights of the Child said the Vatican was not doing enough to prevent clerical sexual abuse of children.
Pope Francis said he felt “called to take responsibility for all the evil some priests — large in number, but not in proportion to the total — have committed and to ask forgiveness for the damage they’ve done with the sexual abuse of children.”
He told members of the International Catholic Child Bureau during a meeting at the Vatican in mid-April that “the church is aware of this damage” and is committed to strengthening child protection programs and punishing offenders.
The pope said it was hard to believe “men of the church” would commit such horrors.
“We don’t want to take a step backward in dealing with this problem and with the sanctions that must be imposed,” he said.
“On the contrary, I believe we must be very strong. You don’t play with children’s lives,” he said.
See also:
Abuse survivor says new Vatican commission must achieve real change
Pope apologizes for clerical sex abuse, promises tough sanctions
Copyright (c) 2014 Catholic News Service/U.S. Conference of Catholic Bishops
PrevNext