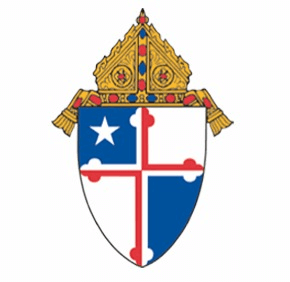 By Catholic Review Staff
Our Lady of Grace School in Parkton will discontinue grades first through eighth at the end of the current school year, and will expand its pre-school options in 2017-18, to include pre-kindergarten for 2-year-olds, in addition to its current pre-K-3, pre-K-4 and kindergarten levels.
Staff were briefed at the conclusion of the Feb. 23 school day, and school families and parishioners were informed of the development in a letter from James Sellinger, chancellor of the Catholic Schools for the Archdiocese of Baltimore, and Dr. Barbara McGraw Edmondson, superintendent and executive director.
The letter cites a projected deficit of $450,000 for the current school year and a steady drop in enrollment over the second half of the school’s brief history on the campus of the northernmost parish in Baltimore County.
According to the letter, which was shared with the Catholic Review, Our Lady of Grace School opened in 2000 with 60 students in kindergarten, first grade and second grade. Gradually adding grades, the school grew to 216 students in the 2009-10 school year, but enrollment has since dropped.
In 2014-15, when it was named a National Blue Ribbon School of Excellence, Our Lady of Grace School had 150 students. In 2015-16, it had 133. Current enrollment is 110, with a total of seven children in grades three and four combined.
“There are a lot of forces at work,” said John D’Adamo, the second-year principal, who cited the economic downturn that began in 2008, and the 2010 opening of a Catholic school in New Freedom, Pa., 11 miles to the north.
The letter from Sellinger and Edmondson said, “It is our hope that these grades (one to eight) can once again be added as demand returns,” but noted that demographic trends indicate that is unlikely in the near future.
“When we started laying the groundwork for 2017-18, 75 percent of the inquiries we received were from preschoolers,” D’Adamo said. “This is not a closure; it’s something of a reboot, returning the school to its roots, with the idea that, if the opportunity affords, we can again add grades down the line.”
D’Adamo said that the school would be closed Feb. 24, to allow “everyone time to process the news.”
According to the letter, a special meeting for parents of current seventh-graders will be held at the school Feb. 27. The Department of Catholic Schools will also facilitate registration for affected students at other area Catholic schools. The closest in the archdiocese are parish schools at Sacred Heart in Glyndon, St. Joseph in Cockeysville and St. John the Evangelist in Hydes.
“As the pastor of a community, you never want to go through difficult and challenging times,” said Father Michael Triplett, pastor of Our Lady of Grace. “It’s a wonderful school with great staff, but we cannot financially sustain it with our current enrollment. We’ve gotten great support from the archdiocese, which has put a lot of resources into making this work, but the need and demand is not in this area right now.”