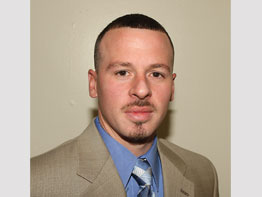 Raising greater awareness about St. Clement Mary Hofbauer School in Rosedale is one of Gary M. Rand II’s top priorities as he begins his duties as principal of the 300-student school.

“We want more people to know that our school stands for something and that we develop students spiritually and give them a great overall education,” said Mr. Rand, a parishioner of St. John in Frederick. “There’s a great history here. The community is really behind the school and they want to see it succeed.”

St. Clement is updating its Web site and looking at ways of promoting the school in the wider community, Mr. Rand said.

Mr. Rand previously taught and served as assistant principal at Mother of God School in Gaithersburg. He was a teacher and administrator at St. Ambrose School in Cheverly and a teacher at St. Elizabeth School in Rockville.

Mr. Rand holds a bachelor’s degree in education with a concentration in elementary education from The Catholic University of America in Washington, D.C. He is completing a master’s degree in administration from Hood College in Frederick.