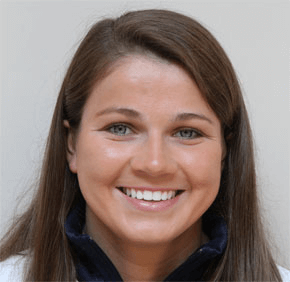 Becca Meyers is showcasing her talent in the pool in an international arena for the third time.

Meyers, a senior at Notre Dame Preparatory School in Towson, is one of five swimmers and two coaches with a Baltimore connection on the U.S. swim team competing in the 2012 Summer Paralympics, Aug. 29- Sept. 9 in London.

The 17-year-old was born with Usher Syndrome, which causes hearing loss and progressive vision loss. She competes in the Paralympics S13 category, for those with partial vision loss.

In London, Meyers earned a bronze medal in the 100-meter freestyle Sept. 2, one day after finishing fifth in the 50 free. She is to compete in the 200 individual medley Sept. 7, and the 100 breaststroke Sept. 8.

Paralympic athletes are lodged in the same Olympic Village and compete in the same aquatic center used in the Summer Olympics.

Meyers said that the pool is “where I can escape from my hectic day. It’s the one place where I can go and just let loose, relieve all my stress.”

A parishioner of St. Joseph in Cockeysville, Meyers relies on her faith before races.

“I just ask God to help me get through everything,” said Meyers, who volunteered at Our Daily Bread in Baltimore during her junior year. “Usually I’m like ‘God, please help me through this race.’”

The Timonium resident, who has cochlear implants in both ears, removes them while in the pool.

“It’s actually kinda nice,” Meyers said. “I don’t have to listen to my coach screaming or the crowd.”

Meyers, who doesn’t know sign language, reads her coach’s lips when she’s in the pool. If she can’t determine what he’s saying, he writes the message on a board, she said.

With less than a 20-degree field of vision, Meyers lacks peripheral vision. She cannot see below her nose, nor at night. She began wearing contact lenses in ninth grade, which are particularly helpful in the pool.

Meyers said “Before I turned 14 … I could see fine in the pool,” but after reaching puberty, her vision “dropped so much I was having a hard time seeing the black lines (at the bottom of) the pool.”.

She began her swimming career at age 7 for the Screaming Eagles team at The Towson Golf and Country Club. At age 13, Meyers joined Loyola Blakefield Aquatics, a co-ed year-round team. She trains six days a week, and also competes for NDP.

The school year began Aug. 27, but Meyers will not return to NDP until Sept. 11. An A-student, Meyers missed the first two weeks of school in 2009 when she was in Taiwan for the Deaflympics.

“Everybody’s great,” said Meyers, who has not yet applied to any colleges. “They’re understanding.”

“The entire Notre Dame (Prep) community is excited about Becca and her participation,” Sister Patricia said. “She’s an ordinary girl who’s extraordinary, just an incredible spirit and determination. That is a gift to our entire community.”

3.7 GPA; St. Joseph, Cockeysville parishioner; swimmer won four gold medals and one bronze at the 2011 World Deaf Championships; holds the American record in the 400 freestyle in the Paralympics S13 category, for those with partial vision loss