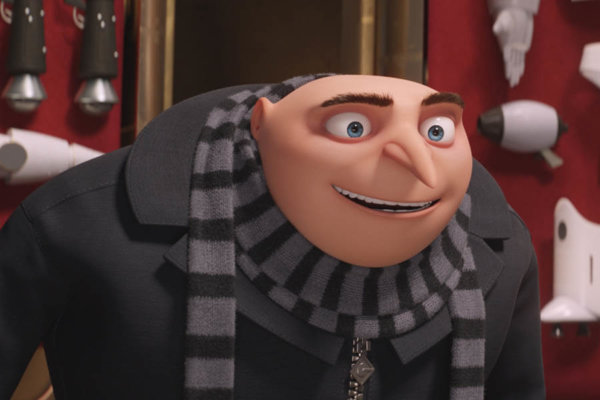 NEW YORK — Director Pierre Coffin’s animated comedy “Despicable Me 3” (Universal) — the second direct follow-up to the 2010 original — turns out to be something of a disappointment, falling short when compared to its predecessors.

There is good news about the film, though, because its weak central plot is offset not only by amusing side stories but by strong values as well.

This time out, Gru (voice of Steve Carell), the once slightly wicked villain who turned thoroughgoing good guy over the course of the first two films, is up against an unlikely opponent. Balthazar Bratt — an ex-child actor whose 1980s TV show, “Evil Bratt,” was abruptly canceled when his voice began cracking and he developed acne — is out to wreak delayed vengeance by destroying Hollywood.

As Gru battles to thwart this plan, he also discovers that he has a brother named Dru (also voiced by Carell) that his unnamed mother (voice of Julie Andrews) never told him about. Predictably, the siblings quickly bond, though Dru tries to convince Gru to return to the dark side, citing their father’s career as a criminal as precedent for a family tradition.

Along with the newfound brothers’ mutual affection, clan closeness is also celebrated through scenes of Gru’s interaction with his supportive wife and crime-fighting partner, Lucy (voiced by Kristen Wiig), and their shared nurturing of their trio of adopted daughters, Margo (voice of Miranda Cosgrove), Edith (voice of Dana Gaier) and Agnes (Nev Scharrel).

Jokes riffing on Reagan-era fads and fashions — shoulder pads and the like — generally fall flat. But Agnes’ determination to find and take in a live unicorn — and Gru’s reluctance to tell her the truth about her favorite creatures — are endearing. So too is her bedtime prayer on the subject.

Additionally, the pixilated minions (voiced by director Pierre Coffin) who once carried out Gru’s bidding — and who featured in their own 2015 film — are on hand to get things back on track.

The references to puberty involved in Bratt’s show biz downfall might provoke some uncomfortable questions from little kids. Beyond that, Gru winds up in an embarrassing state of undress at one point and there’s some bathroom and body-parts humor.

Since there’s also some danger portrayed along the way, parents of the smallest, most easily scared tykes may not find this a good cinematic choice. For everyone else, it makes acceptable if not outstanding summer entertainment.

The film contains characters in peril, brief partial nudity played for laughs, mild scatological and anatomical humor and a couple of vaguely crass slang terms. The Catholic News Service classification is A-II — adults and adolescents. The Motion Picture Association of America rating is PG — parental guidance suggested. Some material may not be suitable for children.