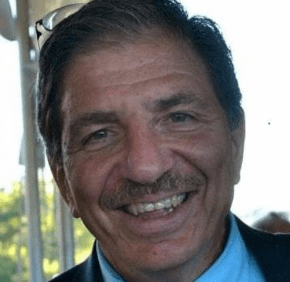 “No one,” says the old cliché, “is indispensable,” but those impacted by Mark Pacione, a nationally respected leader in youth and young adult ministry, would say otherwise.

Just months after his sudden death Dec. 29, 2014, his friends, colleagues and former mentees launched the Mark D. Pacione Foundation, affirming that his work had to continue.

The foundation will hold its inaugural fundraising event Nov. 14, from 7 to 11 p.m., at St. Mary Magdalen Church in Bel Air.

“We’re encouraging people who knew Mark or know people who were impacted by Mark to come and celebrate his life and legacy, but also to be part of growing something that will continue to perpetuate that legacy,” said Mae Richardson, a foundation board member and pastoral associate of St. Pius X in Rodgers Forge, Pacione’s former parish.

The evening will feature Reagan Warfield from Mix 106.5 FM, music from DJ Edge, heavy hors d’oeuvres, open bar, a wine raffle, a fundraising auction and a signature glass with drink. Tickets are $75, available at pacionefoundation.org.

Pacione, who died at age 60, was regarded as a “giant” in youth and young adult ministry. An organizer of World Youth Day in Denver in 1993 and St. John Paul II’s 1995 visit to the U.S., Pacione helped develop the Archdiocese of Baltimore’s Division of Youth and Young Adult Ministry, which he led from the mid-1980s until 2009. He was then appointed associate director of schools planning for the archdiocese, and, after that, associate director of the office of research and planning. At the time of his death, he was serving on the board of directors for the Catholic Youth Foundation USA.

“Mark was one of my dearest friends,” Richardson said, adding that Pacione had elevated her and others to the status of “family, even though we’re not related by blood.”

“I was very fortunate to be one of those people,” she said.

Though in its infancy, the Mark D. Pacione Foundation has immediately identified several objectives, including sponsoring at least one high school student’s participation in the 2015-16 Pinkard Scholars program at St. Mary’s Seminary and University in Roland Park. The program, which accepts applicants through nomination only, explores theology and the person of Jesus Christ, with a focus this year on human trafficking.

The foundation will also send two young adults to World Youth Day 2016 in Krakow, Poland, with the archdiocese. It will sponsor at least one youth minister to attend the 2016 National Conference on Catholic Youth Ministry, which in December 2016 will bring thousands of adults who minister to youths together in San Jose, Calif.

The Mark D. Pacione Foundation will be sending at least one young person to the 2015 National Catholic Youth Conference, to be held Nov. 19-21 in Indianapolis. With the Division of Youth and Young Adult Ministry sending 221, the archdiocese will be well-represented at the three-day prayer and community experience.

“We wanted to start with something concrete and attainable,” Richardson said, explaining the foundation’s four focus areas. “Certainly, we want to go above and beyond that. There’s been a lot of excitement about the possibility of a national mentoring program.”