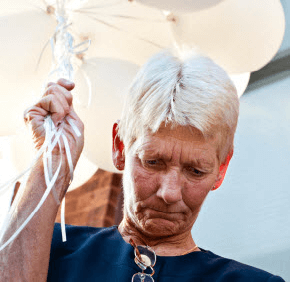 One of the abuse survivors of John Merzbacher is “grateful” for a Jan. 25 ruling by the U.S. Fourth Circuit Court of Appeals that will keep the convicted child rapist in jail, but she called the outcome a “hollow victory.”

“I am grateful that this part of the long journey has reached its end,” said Elizabeth Ann Murphy, a former student at the Catholic Community School in South Baltimore who was repeatedly raped by Merzbacher, a popular English teacher, soon after she began middle school there in 1972.

“However, I will carry the trauma that (Merzbacher) inflicted on me as a child to my grave.”

Merzbacher was sentenced to four consecutive life terms in 1995 for his crimes against Murphy. Prosecutors decided not to proceed with other cases against him, dropping more than 100 additional charges from 13 alleged victims.

In 2010, Judge Andre M. Davis, a federal appeals court judge, ruled that the Baltimore Circuit Court must give Merzbacher the opportunity to accept a 10-year plea deal that Judge Davis said should have been offered in 1994. Accepting the deal would have resulted in Merzbacher’s release since he had already served 15 years in prison.

In its recent ruling, the U.S. Fourth Circuit overturned the lower-court decision, siding with the state courts, which said Merzbacher must remain in prison.

In an e-mail interview with the Catholic Review, Murphy said the Fourth Circuit’s decision will not bring back her classmate, Eddie Blair, one of Merzbacher’s alleged victims, who committed suicide in 1994.

“I will never be able to erase the image of him lying lifeless on his bed,” Murphy said. “It doesn’t diminish the pain that so many of us continue to endure and struggle with. (Merzbacher) staying in prison or even dying will change nothing.”

Murphy said she will continue to pray for Merzbacher and those who enabled him. The trauma she endured does not define the totality of her being, she said. Nothing has ever come between God’s love for her or her love for God, Murphy said.

“My soul belongs to God and no evil has ever been allowed to touch my soul,” she said.

Murphy said the true victory “is the fact that so many children have been saved and will continue to be protected from (Merzbacher).”

“The true victory is the fact that a group of victims have banded together and spoken with one voice to reclaim our power and to seek justice,” she said. “For me, there is no such thing as ‘closure’ – just moving on and living a life of gratitude is my fervent hope.”

Murphy called on all Catholics to remain “constantly vigilant” and to demand accountability from church leadership. She asked them to “embrace, welcome and to love survivors of child abuse.”

Murphy also called on church leadership to “listen intently to the voices of victims.”

“It is only through us and with us that the church will be able to find redemption and reconciliation with the children that Jesus so lovingly beckoned to come to him,” she said.

Merzbacher to remain in jail

Remembering the painful past