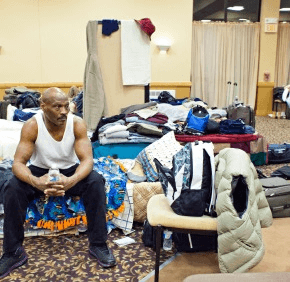 By Maria Wiering
mwiering@CatholicReview.org
The general election isn’t until November, but the primary election is June 24, with early voting June 12-19. With every seat in the Legislature up for election and one-third without an incumbent in the race, the primary election’s results will significantly shape the direction of Maryland’s lawmaking for years to come, said Mary Ellen Russell, Maryland Catholic Conference’s executive director.
The Maryland Catholic Conference, which advocates for public policy on behalf of the state’s bishops, urges Catholics not only to vote, but also to educate candidates about issues important to the local church.
This article focuses on the MCC issue of poverty.
Poverty
A slip and fall on a concrete floor at the retailer where Eileen Cotton, 55, worked in 2011 landed her in a world of pain, and eventually, homelessness. She was uninsured, and her employer fought her effort to claim disability, she said. Unable to work, she became depressed and was evicted from her Mount Airy home in 2012. She lived for a week in a storage unit until an acquaintance connected her to a women’s homeless shelter in Baltimore City, and later she moved to My Sister’s Place Lodge, a Catholic Charities program for homeless women in Baltimore City’s Midtown neighborhood.
My Sisters Place Lodge is among safety-net programs that receive state funding. The MCC wants to ensure programs for the state’s poor and vulnerable retain adequate funding in the annual budget. In 2014, safety-net programs were funded at proposed levels, with an increase in funding for a program providing breakfast in some elementary schools.
For Cotton, the lodge was where she felt like her life could turn around. This spring, she testified in support of funding for safety-net programs before the Legislature.
In March, Cotton moved to supportive housing and continues to see a Catholic Charities caseworker. Without the lodge, she said, she believes she would be dead.
“I never expected to be homeless,” she said. “I wouldn’t have made it.”
Where do candidates stand? Check out the MCC survey
See articles on other focuses of the MCC:
Financial aid to nonpublic schools
Immigration
MCC explains where the church stands on life issues
PrevNext