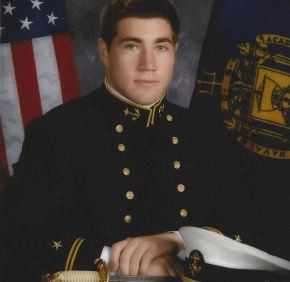 By Catholic Review Staff
More than 1,000 U.S. Naval Academy students are set to graduate May 23 at the Navy-Marine Corps Stadium in Annapolis.
Among them will be U.S. Navy Ensign Samuel W. von Paris, a St. Stephen, Bradshaw, parishioner and a 2009 graduate of The John Carroll School in Bel Air.
The Blue Angels were scheduled to begin the graduation with a flyover.
Von Paris will graduate with a bachelor of science degree with a major in quantitative economics. He has been nominated for the prestigious Admiral Dewey award for his accomplishments in systems engineering and weaponry.
Following graduation, Ensign von Paris will report to the United States Fleet Forces Command at Naval Station Norfolk, where he will begin service aboard the USS San Antonio. He will then attend Nuclear Power school in Charleston, SC.
Three additional John Carroll students are currently enrolled in the Naval Academy. They are:  Will Cranford USNA ’15; Ryan Eilerman USNA ’15; and Matthew Miller USNA ’16. Jen Eikenberg graduated in 2013.